But This Time Scarier and More Serious


Scientists have been warning us for some time that our over-use of antibiotics could lead to drug-resistant strains of bacteria. They have been calling for a drastic reduction of the use of antibiotics, particularly in our food system. Unfortunately, many growers have ignored those calls and continued to add antibiotics to the feed of animals intended for our food system. This article in the Washington Post (dated May 27, 2016) announced that an antibiotic resistant “Superbug” has been found in the system of a Pennsylvania woman. This bug in particular is resistant to the antibiotic colistin, which is often the drug of “last resort” for a person infected with bacteria that has proven to be resistant to other antibiotics. These superbugs have the potential to kill up to 50% of those infected. Now that’s alarming!
This is the first time that a colistin-resistant bacterium has been found in humans in the United States. Last fall it had been found in pigs and raw pork in China, and then later found in Europe, among other places. CDC Director Tom Frieden is quoted in the Washington Post article as saying, “It basically shows us that the end of the road isn’t very far away for antibiotics – that we may be in a situation where we have patients in our intensive care units, or patients getting urinary-tract infections for which we do not have antibiotics.”
The more that antibiotics are used in livestock animals (or in humans, for that matter), the greater the chance that the bacterium will mutate and develop a resistance to that drug. This is one of the biggest reasons why Lassen’s has long advocated that the practice of using antibiotics in animal feed be stopped. This blog post, from two years ago, spells out why we are so passionate about providing the best grass-fed organic meats.
The antibiotic colistin is widely used in livestock in China. In open air markets that bacterium can easily leap from livestock into the food system through food stalls. Along with other experts, Yohei Doi, an infectious-disease doctor at the University of Pittsburgh is calling for speedier action in curbing the use of antibiotics in livestock. This is not a problem that only the USA needs to tackle – this is a worldwide problem that demands immediate action. If action is not taken soon, we may face a world where infections are untreatable.
As we act locally to support ranchers who do not use antibiotics in feed, and who raise their animals humanely and ethically, we are helping to reduce the amount of antibiotics in our food system. We all need to use our consumer dollars to support policies and practices that protect our health and safety. 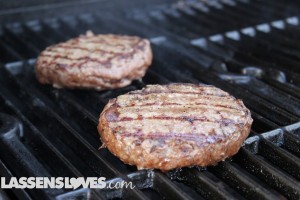 So this summer as you fire up the barbecue, make sure what you’re slapping on the grill is helping your health, the health of society, and the health of the planet. Choose meats free of antibiotics!
Love,
Lassen’s