It Can Be Easier Than You Think!

I recently listened to a TED talk on easy ways to change habits (I can’t find it now — too many TED talks available, and I don’t remember who gave the talk!)
Anyway.
The take-away, for me, was that if we want to establish new habits, we should attach them to actions that we already have. First choose something you want to develop: The speaker wanted to be able to do a lot of push-ups. So he decided that after every time that he went to the bathroom, he would immediately get on the floor and do push ups. At first it was 2. Then he increased it to 5. Later on he moved up to 10. I don’t remember how many he said he was up to, but he started small, and gradually increased the number as his strength increased. And it wasn’t some big, overwhelming “goal.” He just started with a tiny action and attached it to something that he was already doing.
Think of the possibilities! Do you want to develop the habit of flossing every day? Then attach the action “Floss one tooth” to something that you are already doing, such as driving your kids to school. (Those toothpicks with floss attached are great for that!) Find ways to make it easy to develop this new habit.
I love the idea of making changes one tiny step at a time. (And it can’t hurt that one of my favorite movies of all time is “What About Bob?” Baby steps to the door, baby steps to the elevator!) 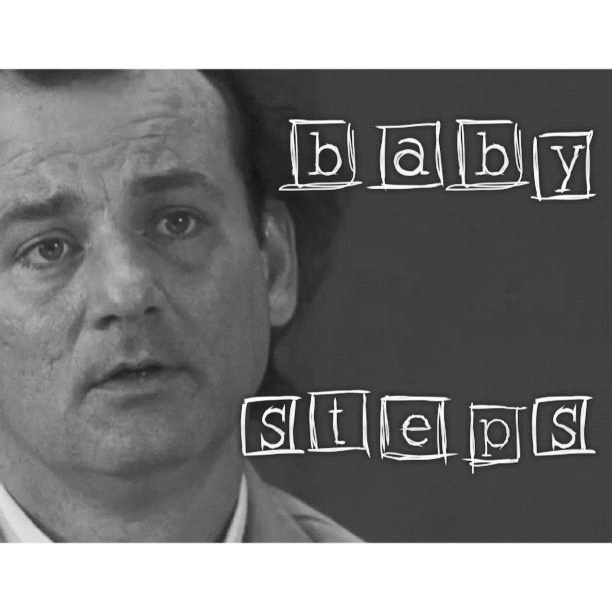 But what if you want to get rid of a deeply engrained habit? Another strategy about which I recently learned is to attached an abhorrent consequence to returning to the habit. The story I heard was this — a woman had tried to quit smoking many times, then an old friend visited and saw that she still smoked. The friend said just one thing about it, “Are you still smoking?” That question got under her skin, and at the end of the visit she blurted out, “Fine! If I ever smoke again I will donate $5,000.00 to the KKK!” Because the idea of donating to the KKK was so abhorrent to this woman, she never picked up another cigarette.
So making the return to the habit more distasteful than the hated habit is another way to make changes and make them stick. Once my little brother ate half a pan of our mom’s peanut butter and chocolate bar treat (sort of like peanut butter cups but in a bar), and I don’t think he can face a peanut butter cup to this day, decades later. Same idea. 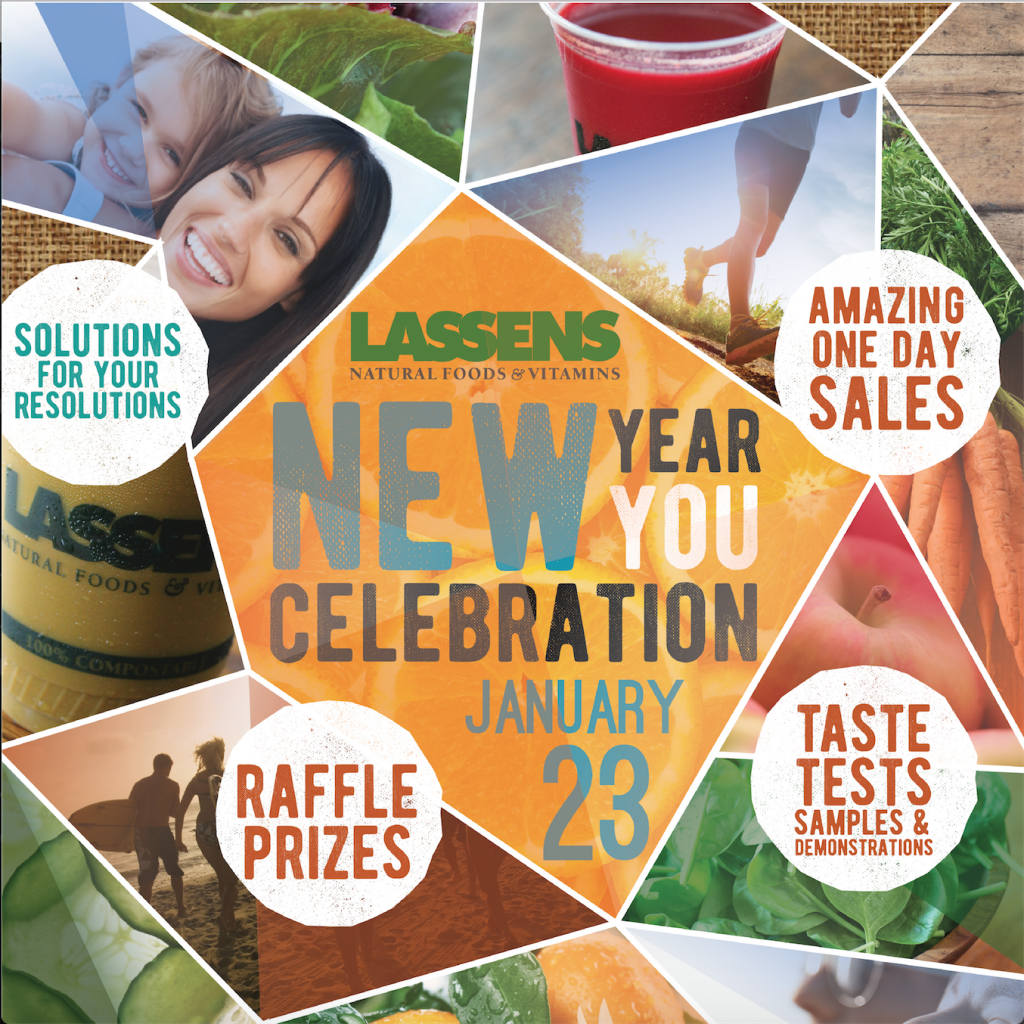 We have lots of ideas at Lassen’s to help you reach your goals this year! We are having our New Year New You Event this Saturday, January 23 (lots of sales, raffles, prizes, demos, and samples!) so stop by see how Lassen’s can help with the changes that you want to make — either baby steps or large! From our extensive supplement departments to our Always 100% Organic Produce, you’ll find thousands of things to help make 2016 your best year ever!
Love,
Lassen’s