Supporting Children and Families at Risk 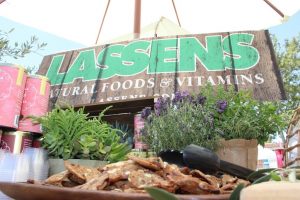 Recently Lassen’s was once again part of the wonderful Casa Pacifica Wine, Food & Brew Festival.  Our team set up a display of crackers, cheeses, iced herbal tea, on-the-tap kombucha, and more.  Supporters of Casa Pacifica could taste as much as they would like, and our team had a great time, too.
If you don’t know about this great organization, here’s a little primer.
In the mid-1980s it became clear to concerned citizens that there was a great unmet need for services for children and youth in crisis.  Too many had no real help when they were removed from their homes by Child Protective Services. There needed to be emergency shelter and a range of assessments and services. A group of concerned people from Ventura County came together and developed a vision of a 24-hour campus for abused and neglected children.
Eventually that vision became a reality.  Construction began in the early 1990s, and the vision expanded to include residential services and treatment for not only those who needed emergency shelter and assessments, but children and youth who needed out-of-home placement, schooling, and special education. Some of these children were being sent of the area, even out of state, because of a lack of services in the County.
Casa Pacifica accepted their first children–abused, neglected, and severely emotionally disturbed–in the summer of 1994.  It is a public/private partnership created to serve the most vulnerable in the county.
Today, Casa Pacific has grown to include a non-public special education day school, intensive in-home services to help high-risk children and youth and their families, mobile crisis response, services for youth who are aging out of foster care, and more.  The programs have expanded to Santa Barbara county as well.  If you want to learn more about Casa Pacifica and its vision, visit Casa Pacifica. 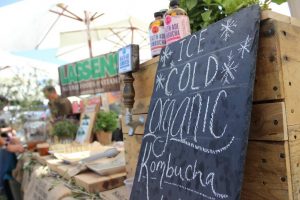 Now to the party!  The Wine, Food & Brew Festival puts the fun in fundraisers!  Now in its 22nd year, it has grown to include dozens of local businesses who support the mission of Casa Pacifica.  It is now held on the campus of Cal State Channel Islands in Camarillo, and has been voted the “Best Food and Drink Festival” for 2012, 2013, and 2014!  Live music, cooking competitions, food and wine tastings, and a fantastic silent auction.  You can learn more about the Festival here. 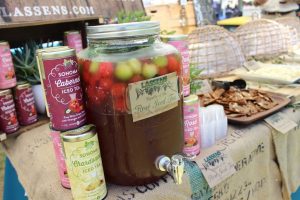 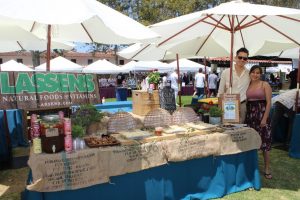 Lassen’s is proud to support this worthy cause in our community!  Next year, you can be part of it, too — Watch for upcoming promotions in the Ventura Country area!
Love,
Lassen’s