And It’s Been Twenty Years!

GT Dave was only 16 years old, but that didn’t stop his parents from throwing his idea right back at him.  That was 20 years ago, when GT (short for George Thomas) suggested that he and his parents could go into the kombucha business. 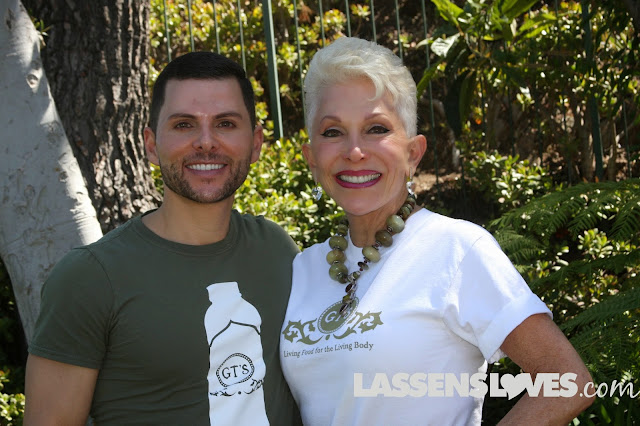 The buildup to that conversation started kind of organically.  GT’s parents, Laraine and Michael, had already been brewing kombucha for twenty years.  They’d always had a thirst for knowledge and for a healthy lifestyle, and thus were early adopters of the juicing, meditating, and vegetarian life.  They raised their sons with the philosophy that you are what you eat, and what you eat can either be medicine or poison.  They discovered Eastern Philosophy, and took their young family to India.
A friend gave Michael and Laraine a kombucha culture (a scoby–“Symbiotic Culture of Bacteria and Yeast”), along with some recipes and ideas.  They started to brew kombucha, and as they incorporated it into their diet, they found that they felt better.  They had batches of it brewing all of the time, and GT said that his friends thought it was a bit strange to lift the scoby on the batch, hear the little burp, and catch a whiff of the brew.  Soon the whole family was sharing it with friends, and although some thought that it was a little weird, they always wanted more.  Laraine served it to her customers in the jewelry department of the I. Magnin department store, touting its probiotic benefits.
But then a shock–Laraine was diagnosed with an aggressive cancer in 1994, and the doctors gave her little chance of long-term survival.  Wanting to do everything she could, she jumped headlong into treatment, all the while drinking her home brewed kombucha. After several treatments and surgery, the doctors found much of the surrounding tissue was precancerous and not a danger.  They asked her what she had been doing, and when she told them about kombucha, they told her that whatever it was, she should keep on doing it.
In the middle of the cancer treatment, Los Angeles Magazine called Laraine the force behind “the
Mushroom that is Sweeping LA.”  People all over the city wanted to get some of this elixir, and they started calling the department store, wondering where they could buy it.  Laraine mentioned this booming interest at the dinner table, and the fateful conversation occurred.  GT told his mom that she should turn this into a business enterprise–he told her that other people could benefit from something that had helped her so much.  The three of them could turn this into something wonderful for a lot of people.
But that wasn’t the path that his parent had in mind.  Michael had a law practice.  Laraine was battling cancer.  They told him that he could–and should–do it.
Less than 17 years old, he had left high school, acquired his GED, and enrolled in LA City college.  He looked at the kombucha possibility, and realized that there wasn’t a downside.  He could start in their Bel Air Hills home, and let the business grow in its own time and in its own way.  He began brewing the kombucha in their kitchen.  He played with flavor varieties to make the new drink more palatable to the uninitiated. Small batches took over the dining room.  Furniture was put in storage so the batches could ferment for the required 30 days.  The den was next, and finally the operation grew into a shed within spitting distance of the backyard pool. 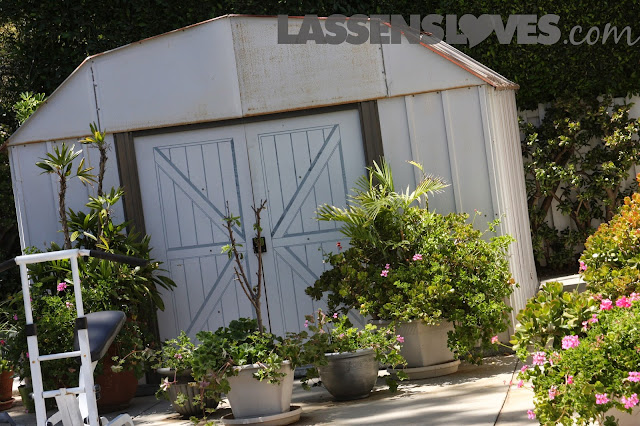 For the first 5-8 years, GT says he was like an overprotective parent.  He was in no rush to some arbitrary finish line.  Quality and the integrity of both the process and product were–and are–of utmost importance to GT.  Every batch of GT’s kombucha is an offspring of that first scoby, given to his parents way back in the 70s.  He says that he gives love and nurture to his brew, but nature does the creating.
Now a much bigger enterprise, GT is still a protective parent.  When we asked about quality control (crucial in a small-batch process), GT said that we were looking at it.  He personally inspects the batches.  He won’t cut corners–no diluting, no pasteurization, no filtering, no forced carbonation, no 50-gallon drums.
GT does it the same way he did 20 years ago in the kitchen. Small, 5-gallon batches–small enough to hug, he likes to say.  He uses water that is reverse-osmosis filtered.  He responsibly resources his other ingredients, making sure they are organic, vegan, non-GMO, and kosher.  The kombucha isn’t filtered so you get all of the probiotics.  After the 30-day incubation period, the scoby is removed, the kombucha is chilled, the various juices are added, and then the finished product is bottled and shipped, always keeping it chilled. Even though GT’s Kombucha can be found just about everywhere, this is not a mass-produced product.  Every bottle is made to order, and nothing is warehoused.  When you buy GT’s kombucha, you know you are getting the freshest quality. 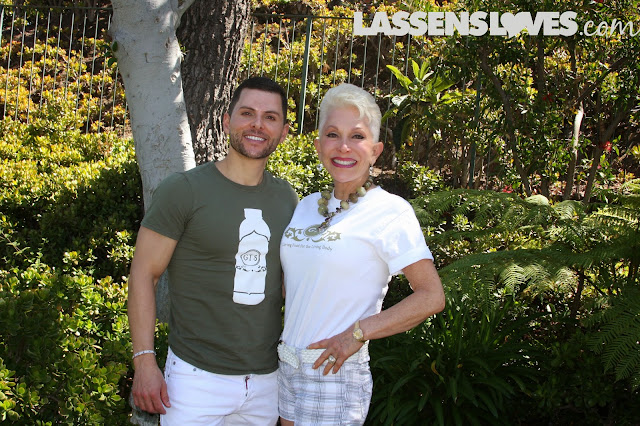 We loved meeting GT and Laraine on a beautiful LA spring day.  Laraine welcomed us into her home and we spend a lovely afternoon talking business and their sense of purpose and mission that drive everything that they do.

Thanks for starting something big, GT, and at the same time keeping it home-brewed and small-batch. 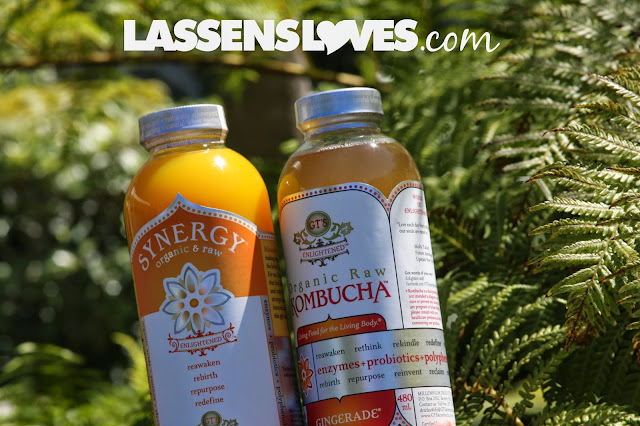 8 thoughts on “The Kombucha That Started the Craze”