There has been a great deal of press recently about how the big food industry has used unhealthy ingredients to hook us on processed foods.  New York Times Reporter Michael Moss has written a book called Salt, Sugar, Fat: How the Food Giants Hooked Us.
He was interviewed on NPR’s Fresh Air on Tuesday, Feb 26.  It was an eye-opener!

So I downloaded the ebook 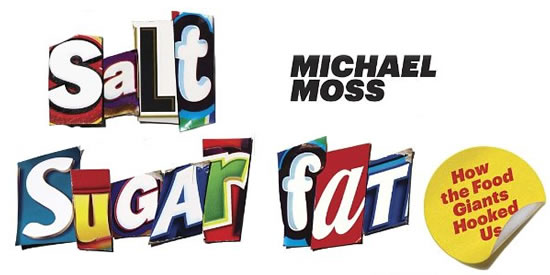 Now, I don’t know how many pages the printed book had, but the e-book was substantial.  It has taken me a while to read it!  There was a lot to absorb.

We All Know There’s Too Much Salt, Sugar, and Fat in Our Diets, Right? 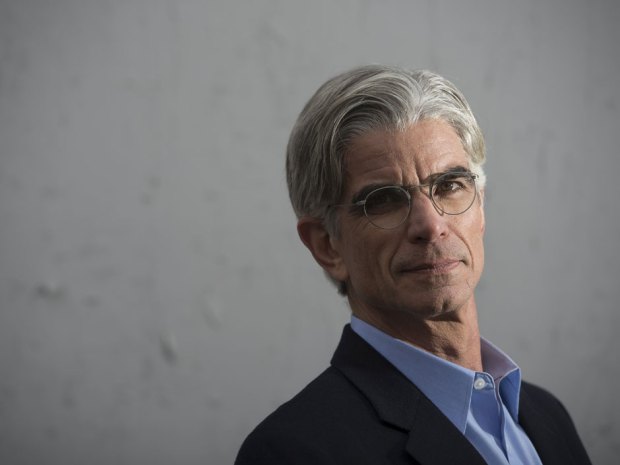 Well, Michael Moss tackles the “Why” of that statement.
He went inside the Processed Food Industry–interviewed the executives, the scientists, the marketing people–to get the real picture of how we got where we are.
As early as 1999, the Processed Food Industry has been aware of the “emerging epidemic of obesity,” and wondered how it would affect their industry.  Several experts were pointing fingers directly at the Industrial Food Manufacturers.  The Chair of Harvard’s Department of Nutrition, Walter Willett, said, “The transition of food to being an industrial product really has been a fundamental problem.  First, the actual processing has stripped away the nutritional value of the food.  Most of the grains have been converted to starches.  We have sugar in concentrated form, and many of the fats have been concentrated and then, worst of all, hydrogenated, which creates trans-fatty acids with very adverse effects on health” (from the Prologue, “The Company Jewels”).  Some in the industry were willing to talk about instituting self-imposed, industry-wide limits on salt, sugar, and fat in their products.  Some wanted to be a part of the solution to the increasing problem of obesity.

But the Big Guys Weren’t Receptive.

And since then, Industrial Food has just gotten saltier, sweeter, and more fatty. 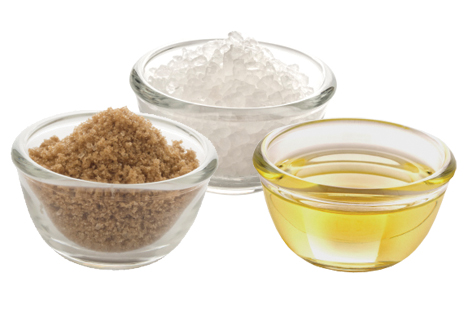 Moss tackles the three big culprits–salt, sugar, and fat in three parts of his book.

Biology, Cravings, Convenience–all play a part in sugar’s allure.  I learned a new term–“Bliss Point.”  It’s that point of sweetness that leaves us blissfully content, but before we say it’s too sweet and stop eating.  And it is, dare I say it, addictive.  We come back to it again and again and again.  It’s our biology.  Moss learned that “the entire mouth goes crazy for sugar, including the upper reaches known as the palate.  There are special receptors for sweetness in every one of the mouth’s ten thousand taste buds, and they are all hooked up, one way or another, to the parts of the brain known as the pleasure zones, where we get rewarded for stoking our bodies with energy….  Sugar not only makes the taste of food and drink irresistible.  The industry has learned that it can also be used to pull of a string of manufacturing miracles, from donuts that fry up bigger to bread that won’t go stale to cereal that is toasty-brown and fluffy.  All of this has made sugar a go-to ingredient in processed foods.  On average, we consume 71 pounds of caloric sweeteners each year.  That’s 22 teaspoons of sugar, per person, per day” (Chapter 1).

On the other hand, we don’t have a bliss point for fat.  We just love it.  We can’t get too much.  Our bodies do not say we’ve hard enough fat–that we’re sick of it and it’s just too much.  Our bodies always want it, and want more and more.  And it’s magic–it “turns listless chips into crunchy marvels, parched breads into silky loaves, drab lunchmeat into savory delicatessen.  Like sugar, some types of fat furnish processed foods with one of their most fundamental requirements: the capacity to sit on the grocery store shelf for days or months at a time.  Fat also gives cookies more bulk and a firmer texture.  It substitutes for water in lending tenderness and mouthfeel to crackers.  It lessens the rubbery texture in hot dogs, deepens their color, keeps them from sticking to the grill….  It can mask and convey other flavors in foods, all at the same time….As I spoke with scientists about the way fat behaves, I couldn’t resist drawing an analogy to the realm of narcotics.  If sugar in the methamphetamine of processed food ingredients, with its high speed, blunt assault on our brains, then fat is the opiate, a smooth operator whose effects are less obvious but no less powerful” (Chapter 7).

Salt also can be tasted all through the mouth and even into the gut.  But we don’t have a natural desire for salt.  Babies do not like it, and have to be coaxed to eat foods that contain salt.  But once they get used to it, they are hooked.  That’s something that the Processed Food Industry has done well–coaxed us to eat foods full of salt.  The industry uses a staggering 5 billions pounds of salt per year.  Moss learned that not only can salt excite the taste buds, it “is the great fixer.  It corrects myriad problems that arise as a matter of course in the factory.  Cornflakes, for example , taste metallic without it.  Crackers are bitter and soggy and stick to the roof of your mouth.  Ham turns so rubbery it can bounce.  Some of salt’s power has nothing to do with the food at all.  In commercial bread making, salt keeps the huge, fast-spinning machinery from gumming up and the factory line from backing up: Salt slows down the rising process so that the ovens can keep up with the pace” (Chapter 12).  Salt also covers up all kinds of bad tastes associated with reheating foods, especially meats, a staple of processed foods.

But It’s Not All About Salt, Sugar, and Fat. 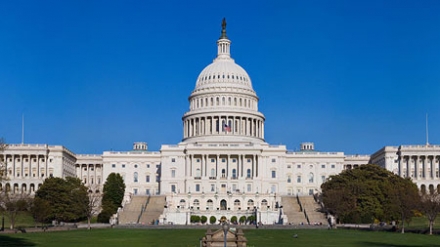 Yes, it’s about Washington, too.  Subsidies to corn and dairy farmers have made the raw materials for processed foods really cheap.  So the industry keep adding more and more to their products, and the government keeps subsidizing our overeating. 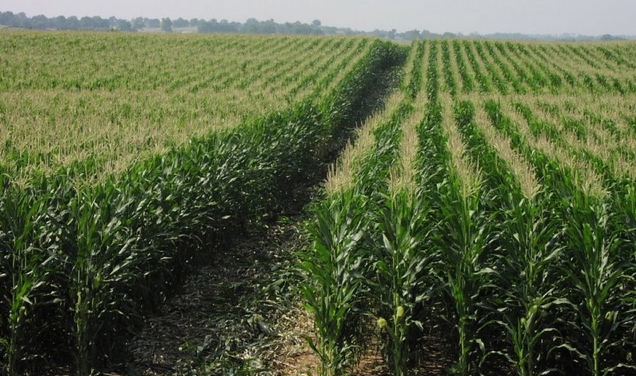 What crops should we be subsidizing, if any? 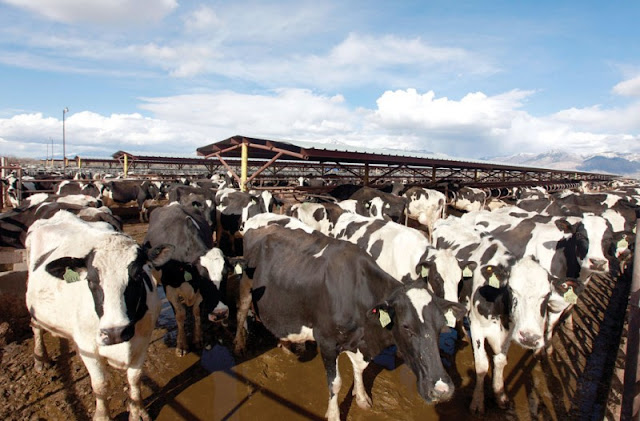 Did you know that the US Government will buy any excess milk or cheese that the Dairy Industry overproduces?  So when people switched to low- or non-fat milk, all of that excess cream went into thousands of pounds of cheese, which the government bought.  Have you noticed a big increase in consumption of cheese?  There is a lot of it in many products that didn’t have cheese in them–or much of it–20 years ago. 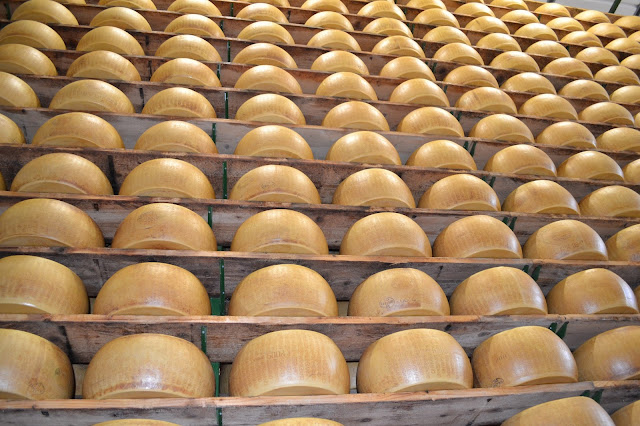 Moss concludes by saying that the processed food giants will not be giving up salt, sugar, or fat without a major fight.  If one product comes under fire for having too much of the big three, they will come up with healthier-sounding products to lure the customers in, but often are not healthier than the original product.  They look at their industry as making food affordable.  But some have a different view: “They argue that the low cost of processed foods has been thwarting the development of healthier ways of feeding the world” (Epilogue).

As I read this book I came away with eyes opened wider to a processed food industry that has engineered foods “to maximize their allure.”  I came away with a determination to buy and eat as little processed food as possible.  Pay more attention to ingredients, and make sure they are healthy and in healthy amounts.  Cook from scratch.  Resist the siren-song of excess salt, sugar, and fat.  Buy and eat more fresh fruits and vegetables.  Keep sweet treats just that–treats, not every-waking-hour snacks.


I found this book to be very enlightening.  It made me very grateful for the options that we have to buy and eat healthy, organic, fresh, un-processed foods.