There are so many diets and ways of eating today, and sometimes it’s a bit overwhelming.  But never fear, there are resources to help clear away the clutter!  One growing segment in the nutritional world is veganism.  Vegans have taken vegetarianism (eating no meat, fish, or poultry) another step and eliminated other animal products and by-products, such as eggs, dairy, and honey from their diets.  Vegan also avoid using clothing and cosmetics/body care products that are derived from animal products. 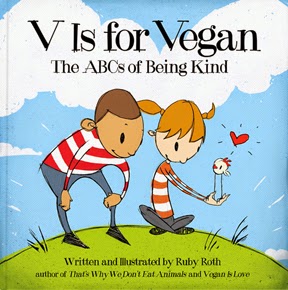 Ten years ago, Ruby Roth was an elementary school art teacher.  As a health experiment, she switched cold-turkey to a vegan diet.  Very quickly she needed less sleep, she slimmed down, and “stopped getting sick.”  She felt that her body was now running on clean fuel–like she had removed a thick winter coat and could now run freely.  Intrigued by her experience, she began to do more research and learned how much a vegan diet benefitted not only her health, but the planet.
Ruby said, “I realized that animal consumption is inextricably linked to world-political issues: health and disease, animal cruelty, land/air/ocean pollution, environmentalism, water waste, immigration, even gender and race.”
The students that Ruby taught were curious about her veganism, so she decided to write a book to help children understand the issues surrounding this diet choice.  She began by writing “That’s Why We Don’t Eat Animals,” filled with illustrations inspired by the genius of children’s art. 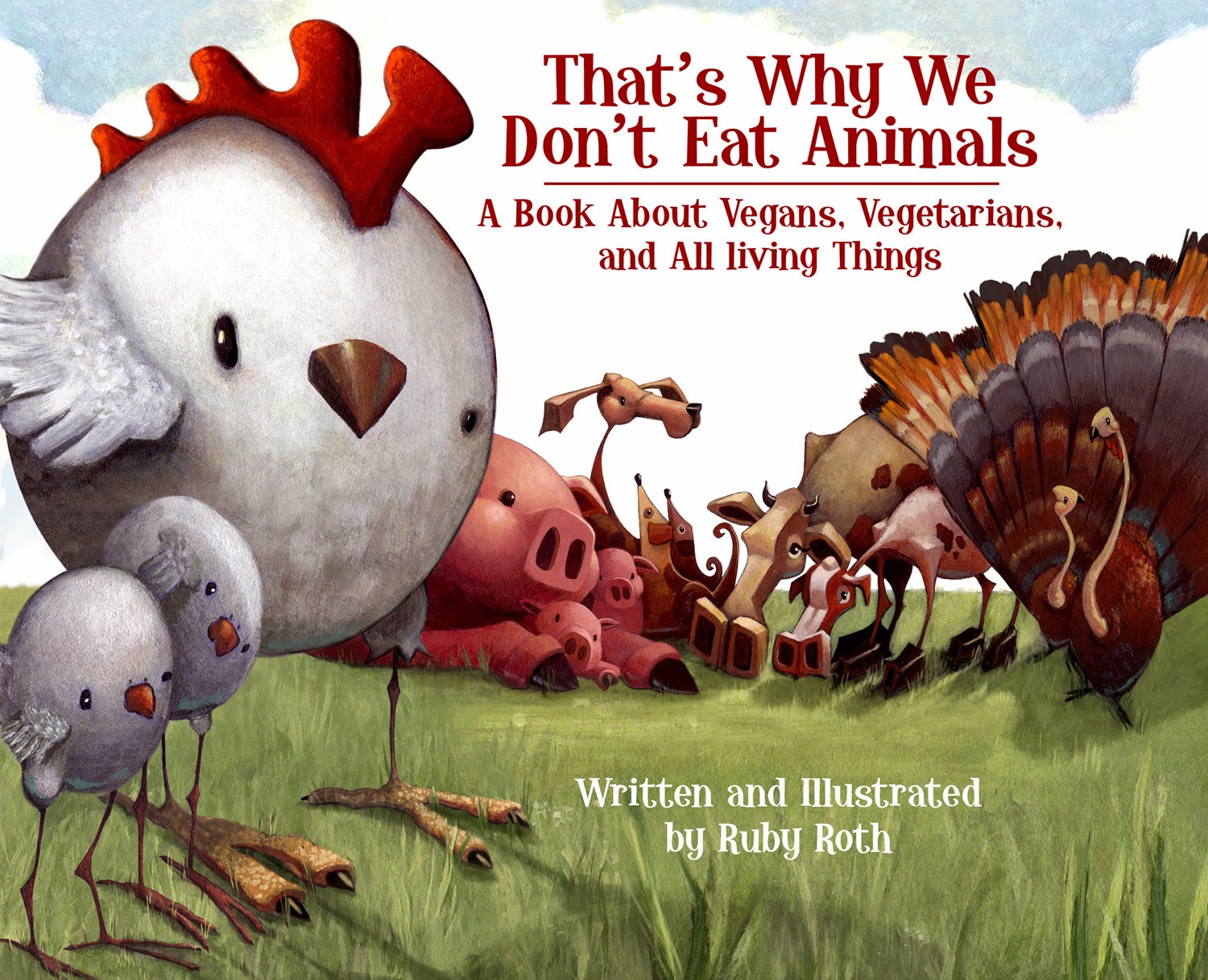 Ruby’s next book, “Vegan is Love,” was written to teach a new generation how to think, eat, and treat the environment differently to help solve the world’s problems.  She says, “Vegan choices–because of their positive impact on the public realm–would revolutionize our country’s health, landscape, economy, and our impact on the rest of the world  With vegan choices, we can affect every major industry and reach every corner of the world.  And all we need in order to begin is ourselves.”  She encourages every one of us to love deeply, think critically, and act responsibly. 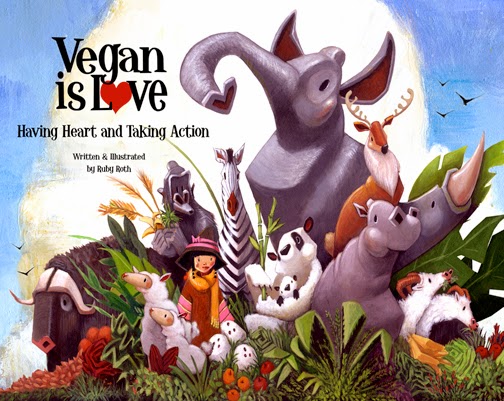 Ruby wrote “V is for Vegan” as a fun A-B-C book to introduce veganism to both children and adults. She likes to say that her books are so easy that even adults can understand!
Lassen’s is pleased to host Ruby at our Echo Park store’s Grand Opening on January 24, 2015.  She will be reading from her books and signing!  To meet Ruby in person, come to the Echo Park Lassen’s at 11:30, 12:30, or 1:30.  Our address is 1631 W. Sunset Blvd in Echo Park.  See you there! 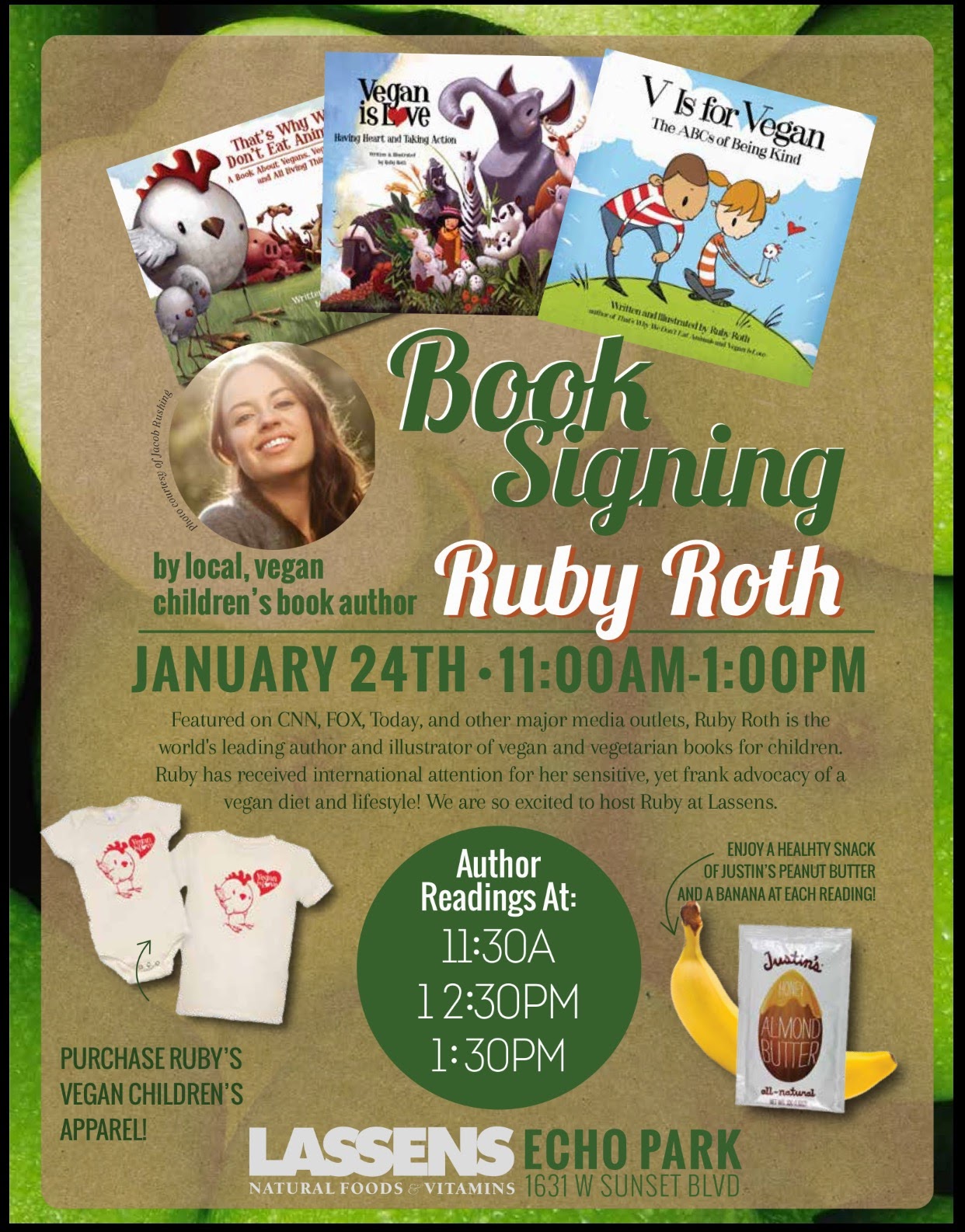