Santa Barbara Has a Lot of Great Things

Twenty years ago Peter Gaum decided to open a pretzel and bratwurst stand on the campus of UCSB where he was teaching.  The stand was a success and he and his wife opened two more stands.  One of the challenges was that he had to buy his specialty breads from a baker.  As he watched the baker make the breads, he realized that he could make them just as well.  So he opening a 350 square foot bakery to supply the needs for his stands.  A few years later–fourteen years ago–Peter began the Santa Barbara Baking Company with a much larger bakery and it has now grown into a thriving business.
It was a hot day in Santa Barbara when I met Peter and his staff, and I was met warmly and felt instantly comfortable.  (And I felt spoiled when he sent me home with some of his amazing baked goods to share with the family!)
Part of Peter’s make up is to innovate.  Less than two years ago he decided that he wanted to make healthy dessert bars.  He experimented with many ingredients and flavors, and eventually decided to focus on making bars rather than desserts.  He insisted that they must taste good and have a good nutritional profile.  Low sugar was a high priority.  He also did not want sugar alcohols in his bars.
Eventually Peter developed three flavors of bars that are fruit, seed, and nut based.  He includes super foods in his bars to boost the nutrition.  The bars are certified gluten-free, soy-free, non-GMO, with no refined sugars or sugar alcohols.  They are packed with healthy Omega-3s, fiber, and protein–all from the whole food ingredients, not powders. 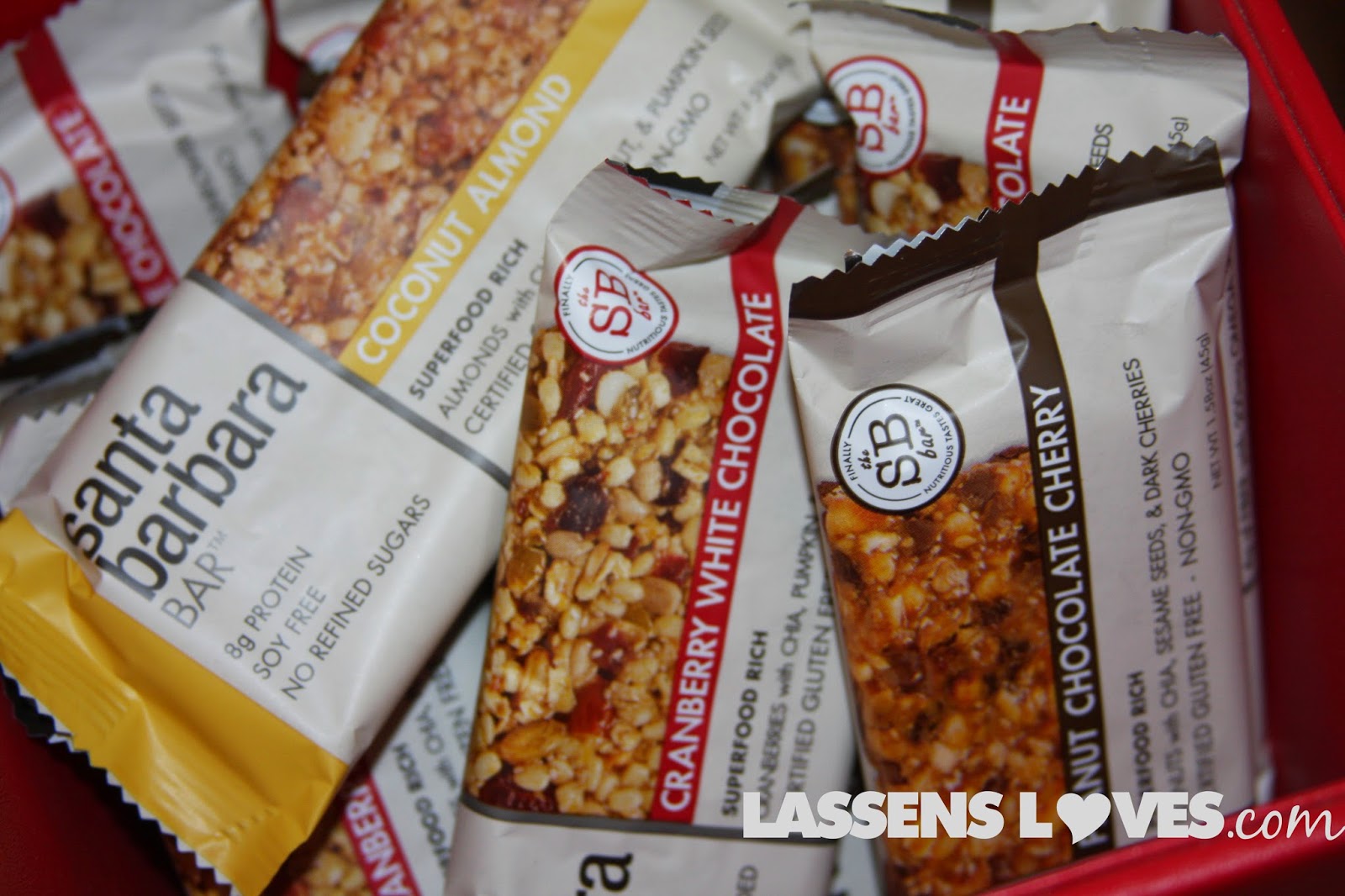 Why the Santa Barbara Bar?

Naming a product is always a challenge, but naming this bar after the city of origin seemed natural.  Santa Barbara has an association with an active, healthy lifestyle, and of course it’s a beautiful place.
In May of 2013 Peter started to sell his bars from his bakery, and now they are spreading across the United States.  He is working on two new flavors–can’t wait to try them!  It takes a lot to impress me with a bar, but when I tried these recently I knew that this was a bar that I would keep in my pantry.  With real taste, no artificial sweetener aftertaste, and real ingredients, they are great to pack along wherever I am going.  You and your kids will love them!
Love,
Lassen’s