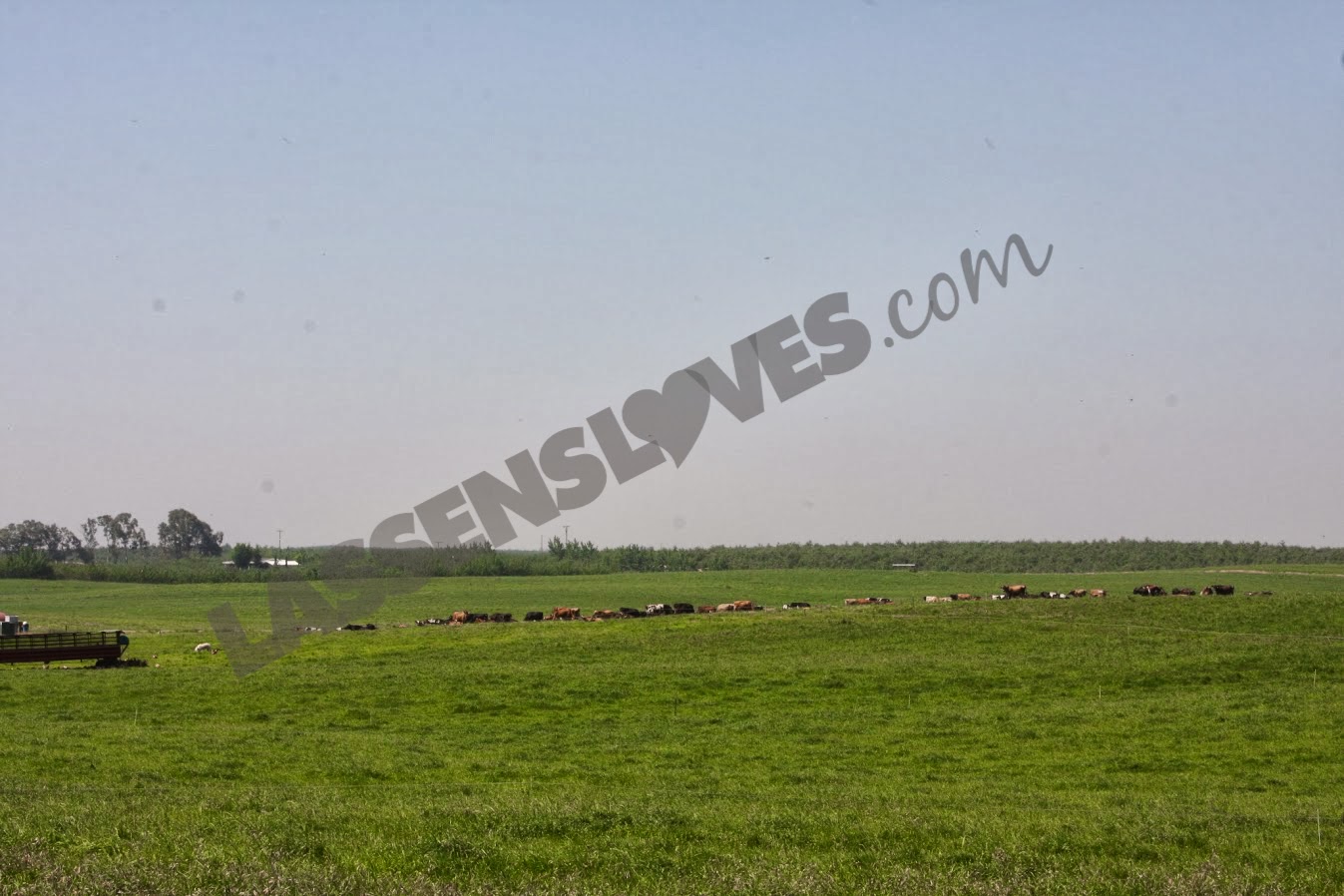 Although the family had been farming for at least 70 years, the Burroughs Family Farming formally began in 1971 with Ward and Rosie Burroughs, and Ward’s brother.  They farmed, and raised their children, and in 2004 Ward and Rosie dissolved the partnership with Ward’s brother.  They then formed partnerships with their children in various farming enterprises.  They like to say that they produce an ABC of products:  Almonds, Beef, Cheese, Dairy, and Eggs. 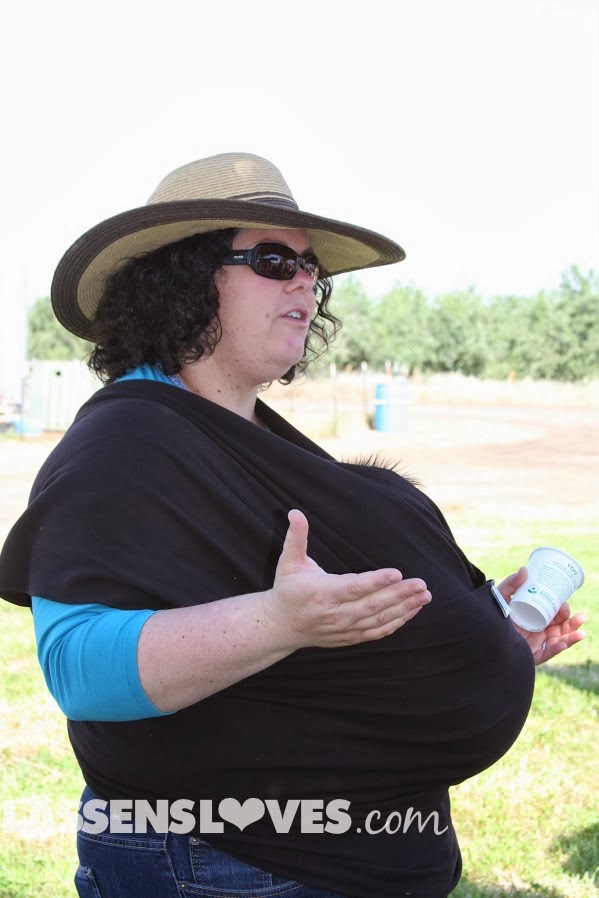 A few weeks ago we visited the Burroughs Family Farm in Denair, California, just north of Fresno.  We were able to see the dairy operation (they partner with Organic Valley), the free-range egg production, and the almond and olive groves.  We carry their eggs, and have just brought in their Benina Crema Gouda cheese. 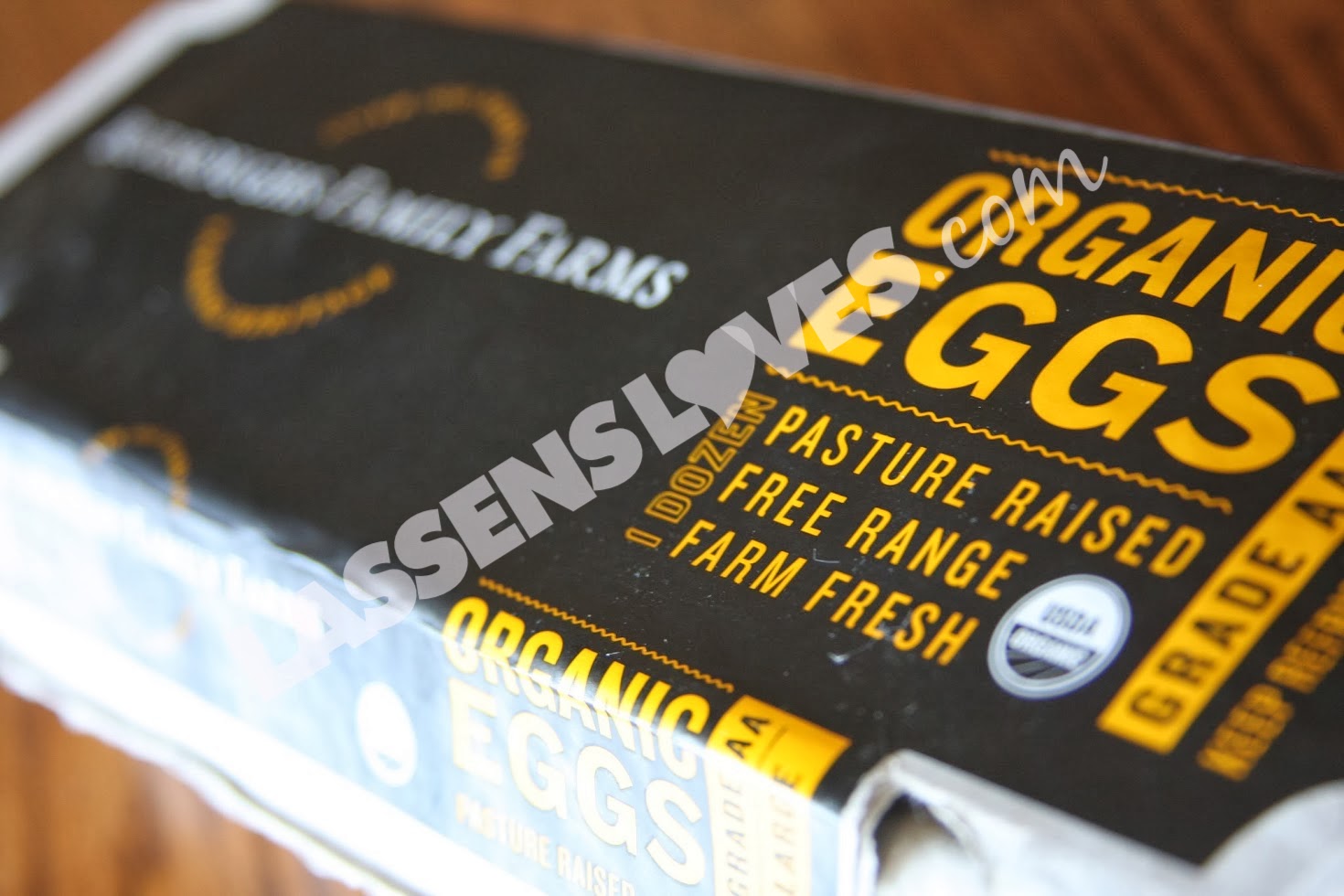 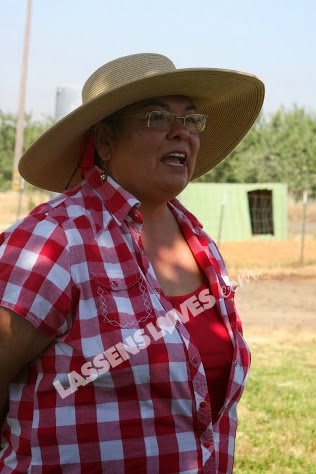 Rosie Burroughs in the matriarch of a family committed to organic, sustainable farming.  We were very impressed with their farming philosophy.  We learned about how seriously they take the health of the soil, the pasture grasses, the trees, and the animals. 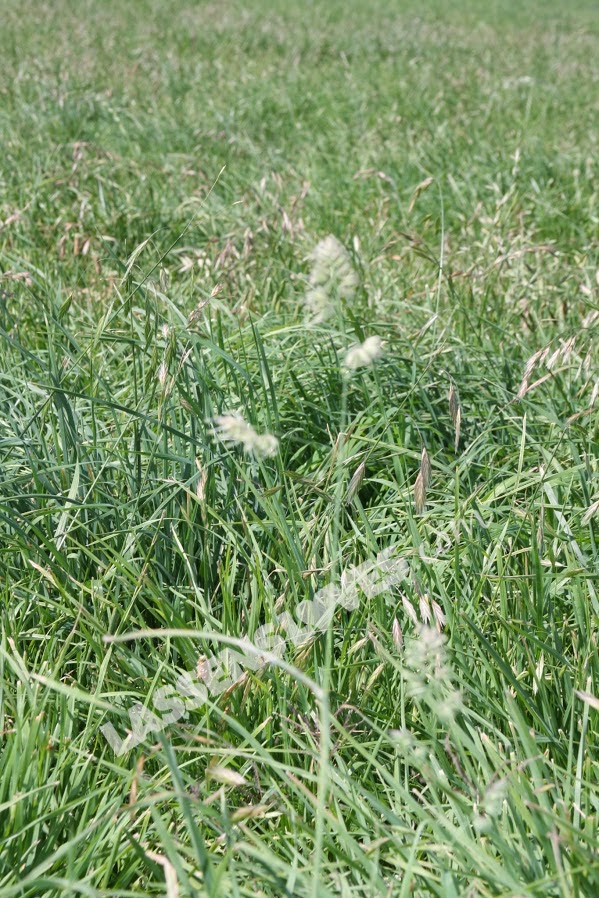 The cows and chickens are moved to new pasture regularly (the chickens are moved every day, and the cows after each milking, twice per day.) Their pasture grasses have species diversity to naturally balance the nutrients for the animals, as well as to assure the health of the soil and pasture.  This makes their eggs and dairy products have a natural blance of Omega-3s and Omega-6s. 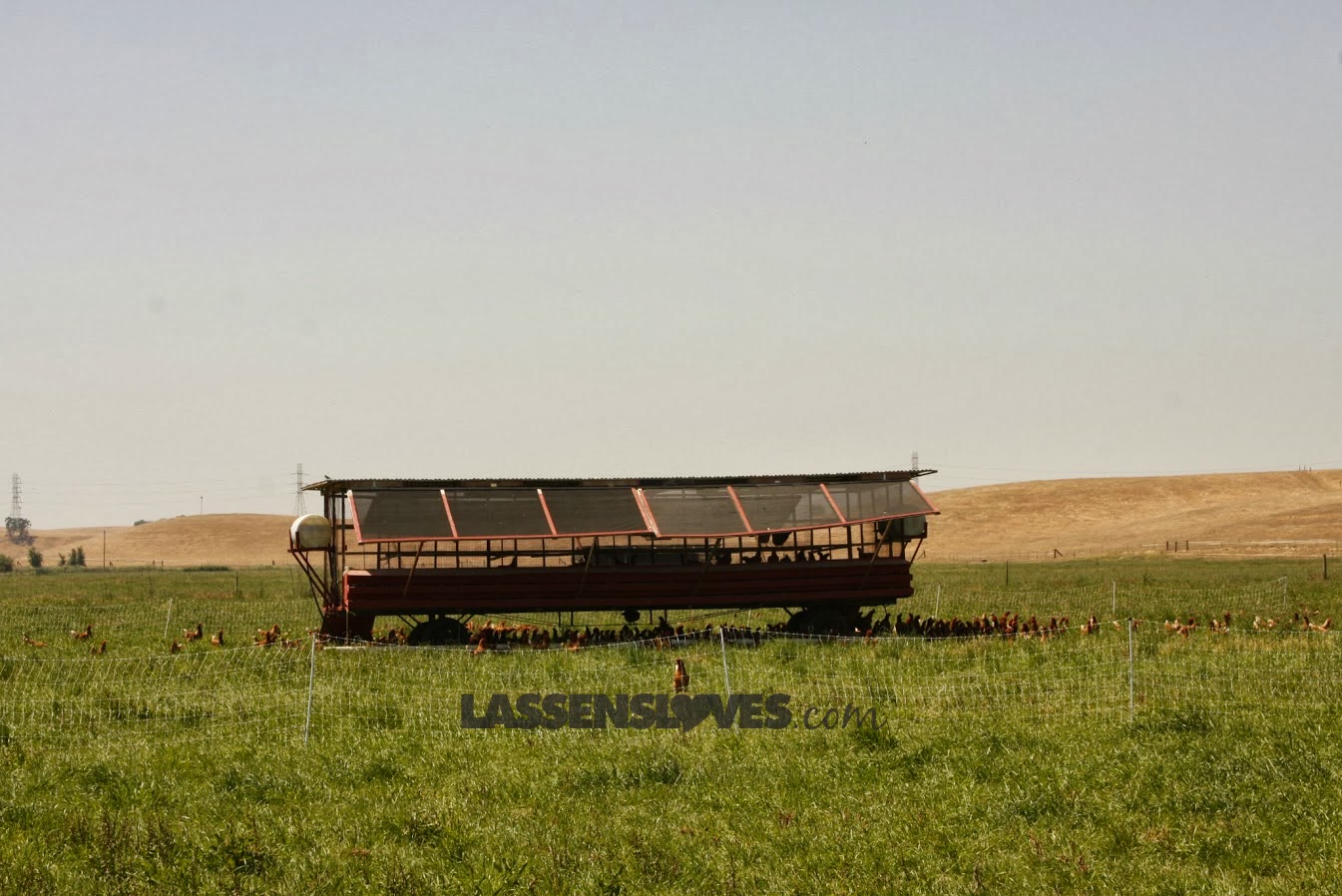 These coops are on wheels, and are moved to a new pasture daily.  The chickens can come into and out  of the coop as they please.  Burroughs has about 2000 laying chickens, and 1500 chicks.  The chickens lay for about 18 months. 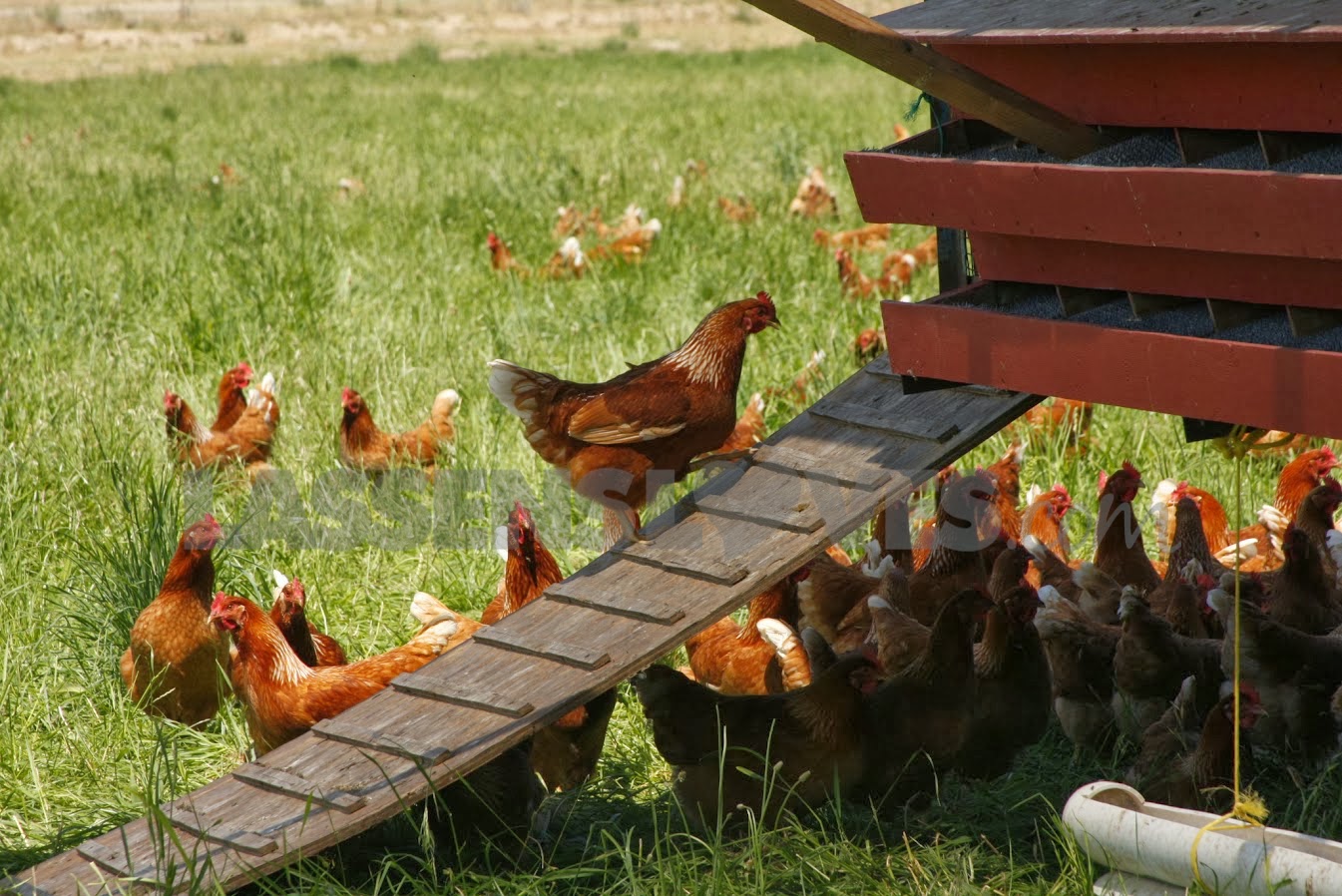 The chicken get about 30% of their nutrients from the pasture, and about 70% from organic feed, which is available in the white troughs shown above and below.  I didn’t see any chickens going to the feed, so they clearly like to peck at the ground! 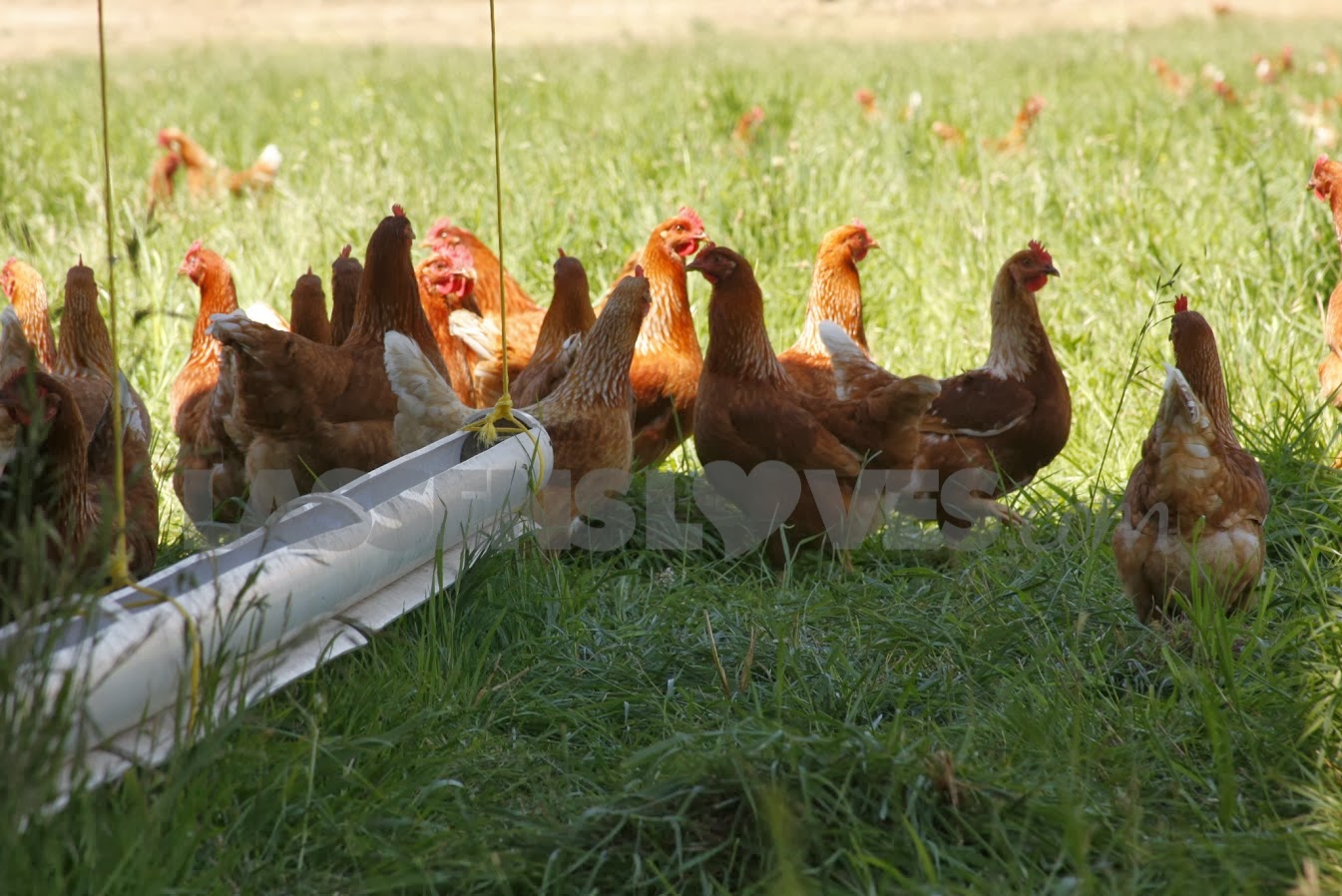 The chickens come into the coop to lay their eggs. 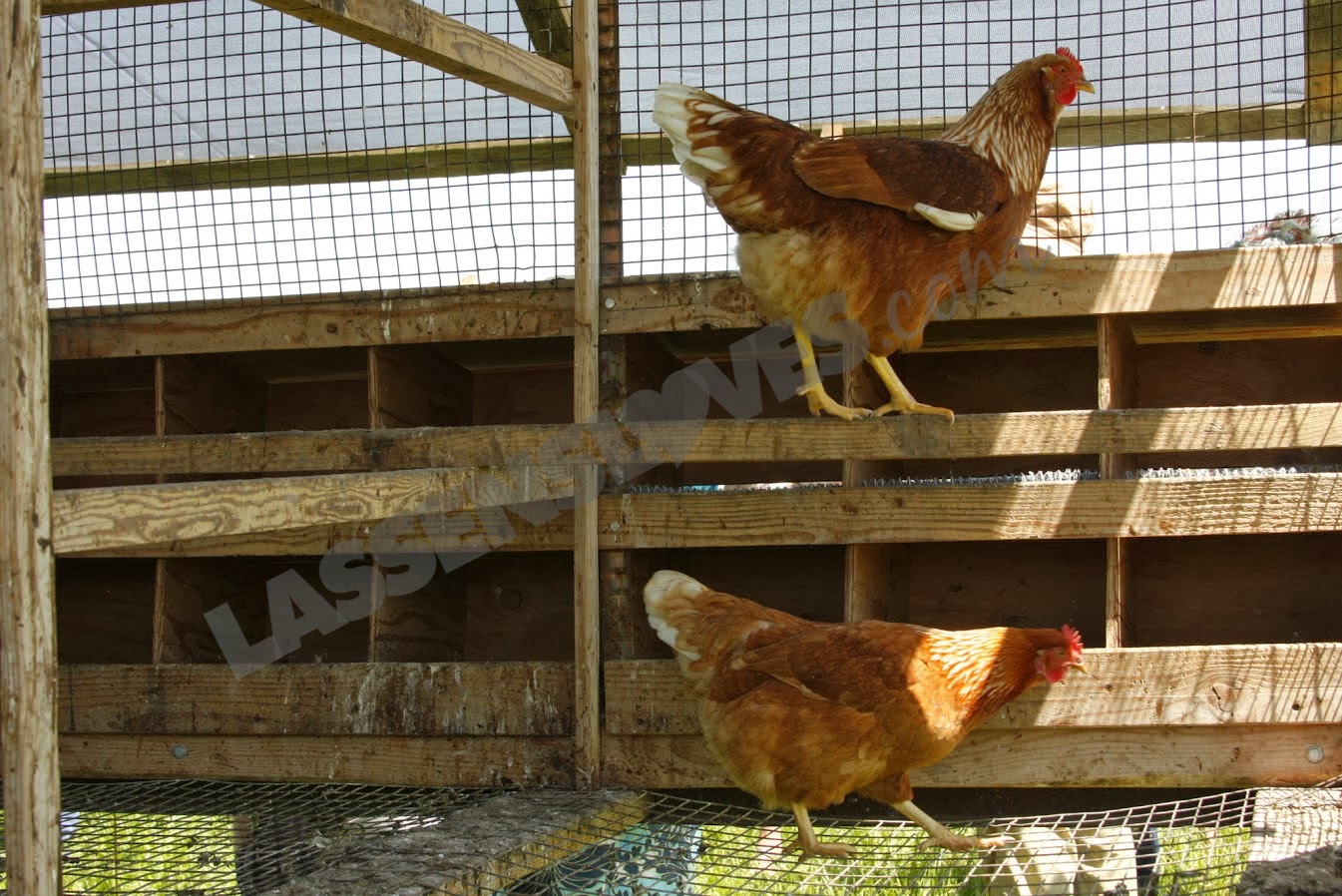 There are laying boxes on both sides of the large coop. 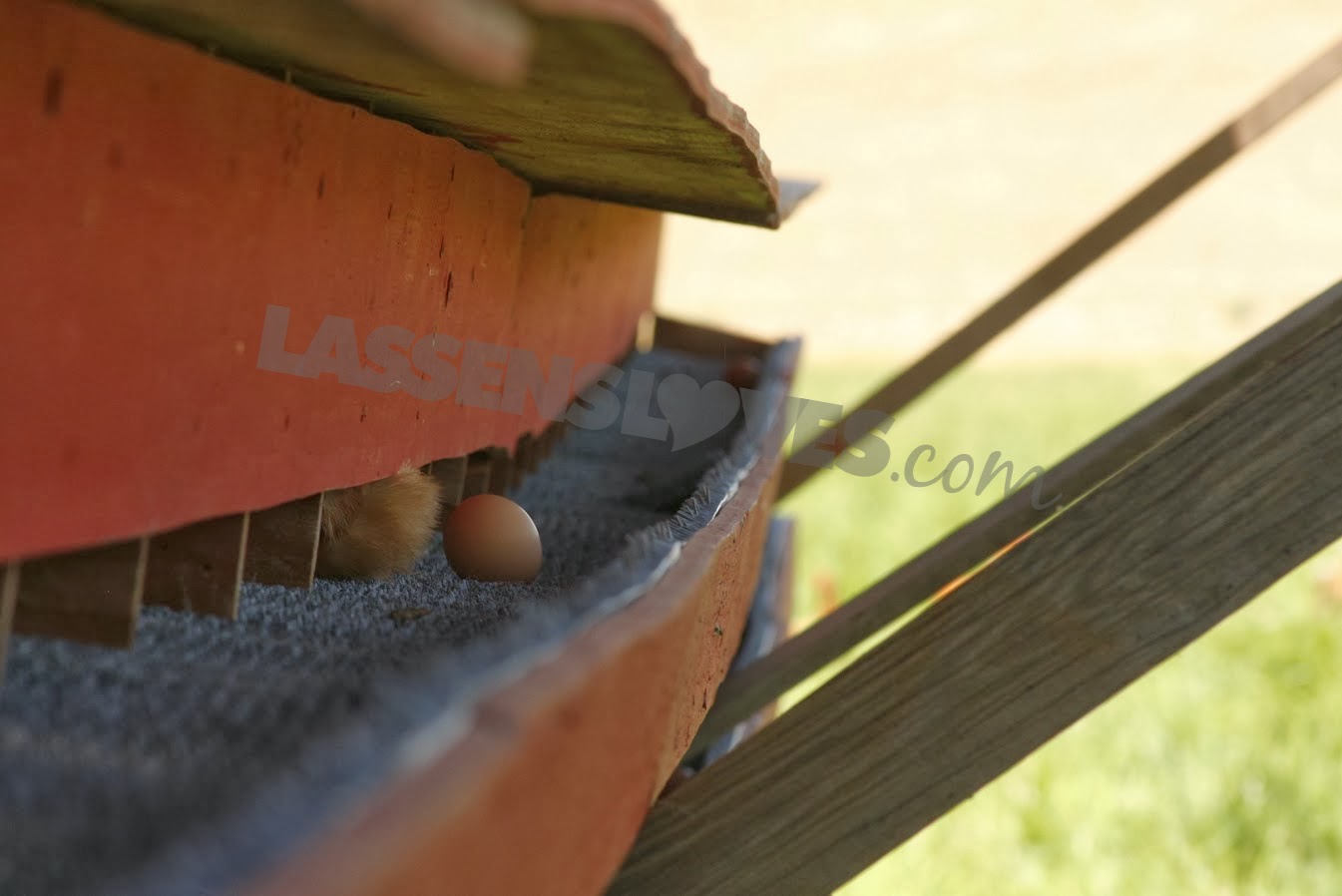 A chicken just laid this egg, which gently rolled down into the trough. 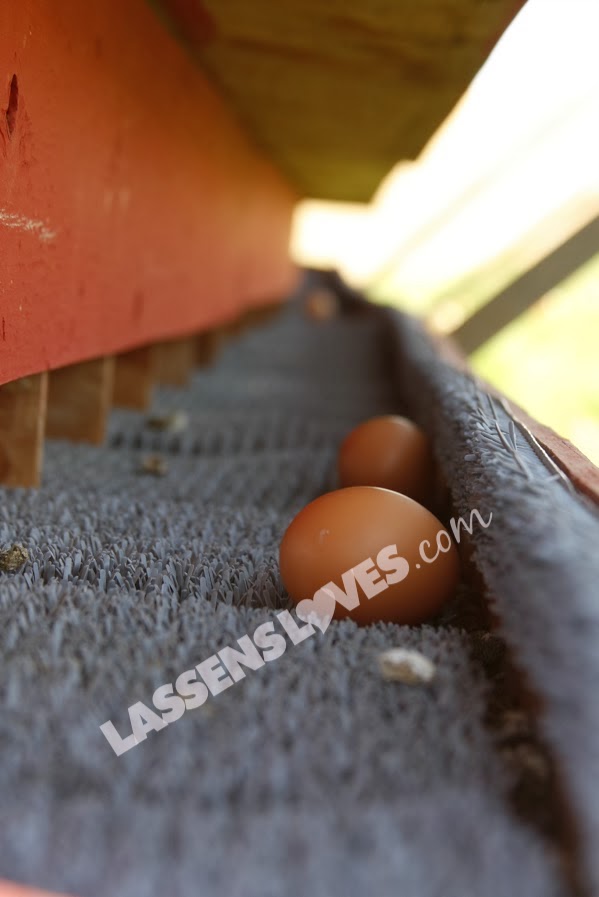 Several eggs were laid while we were there. 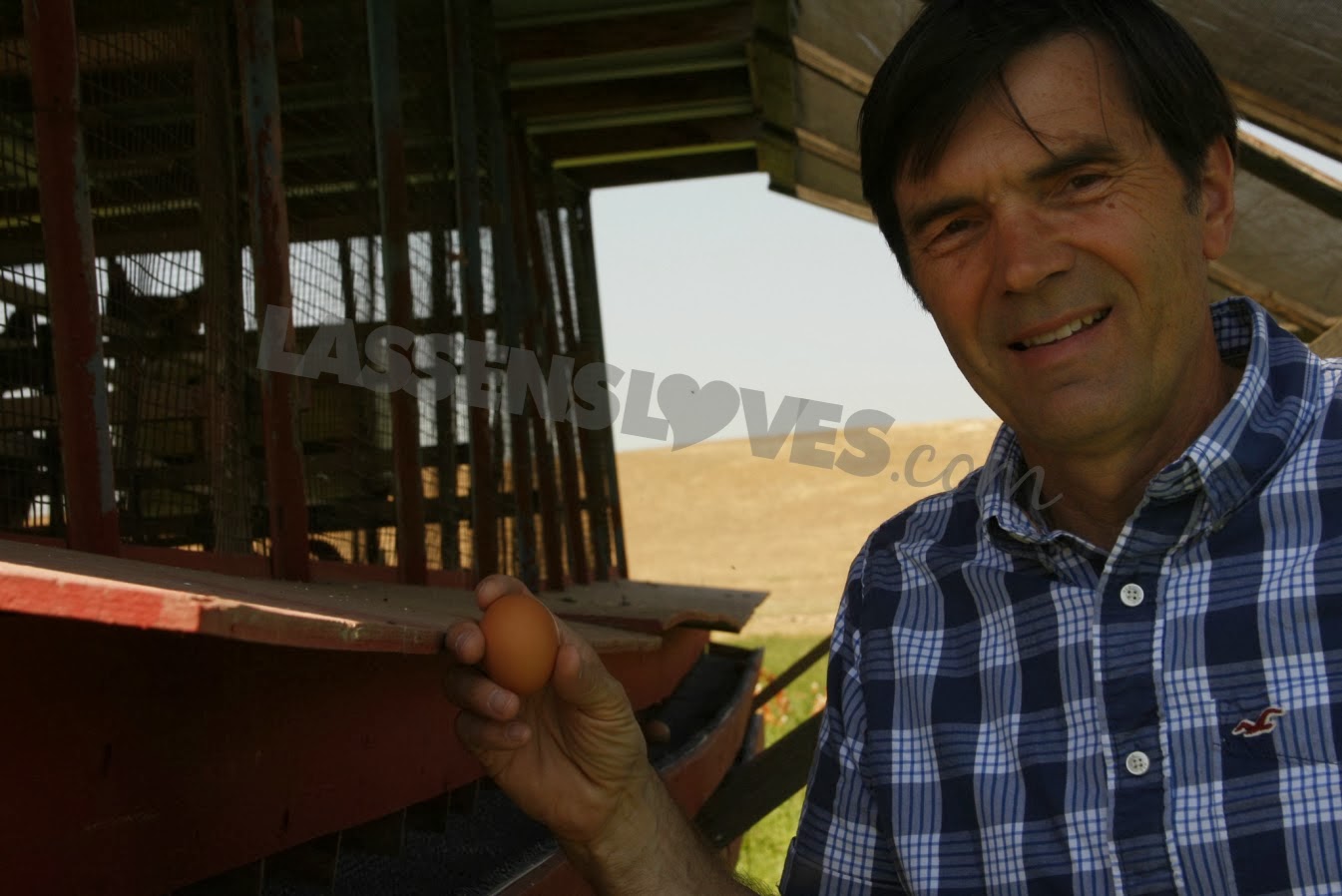 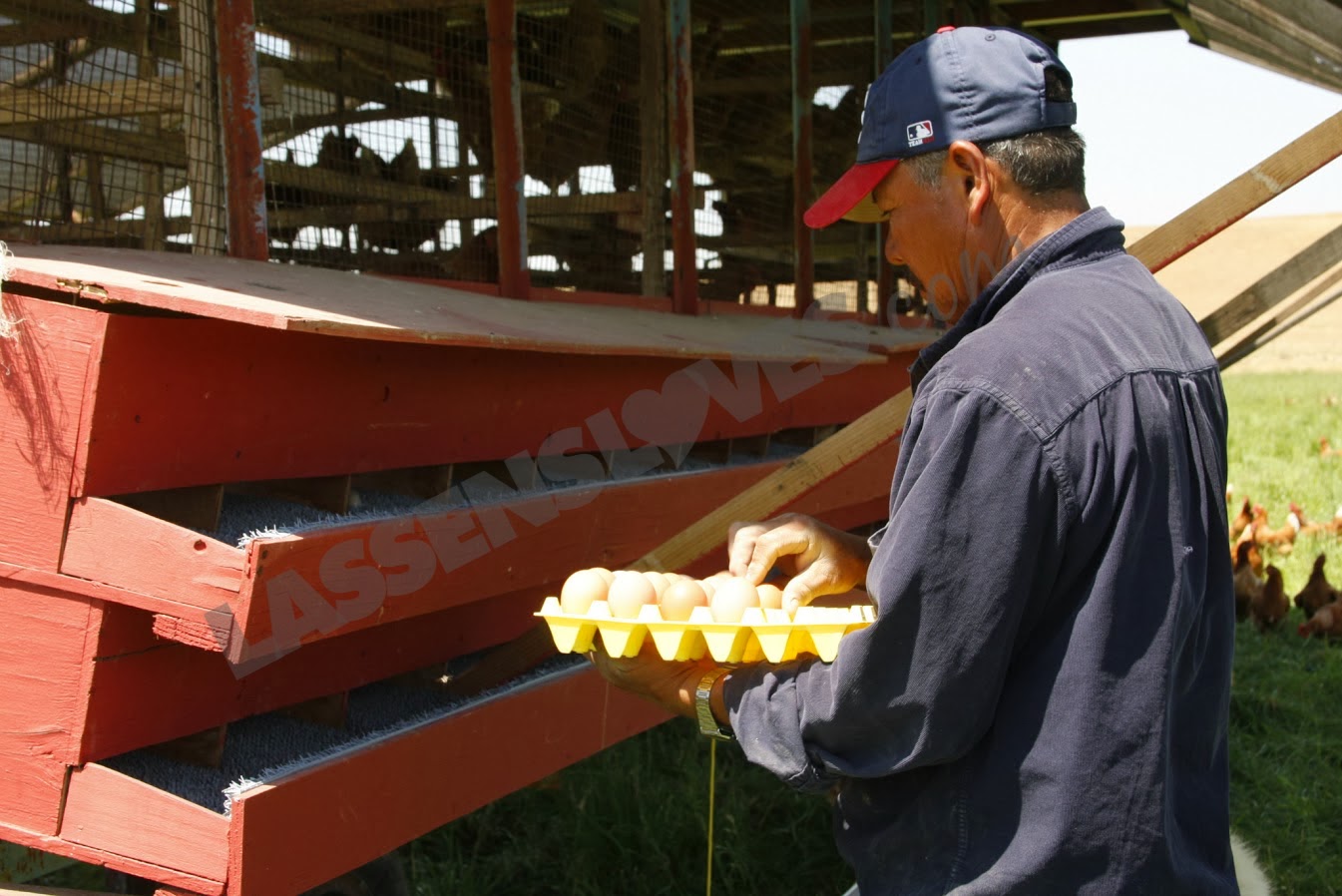 Every day the eggs are collected and then refrigerated. 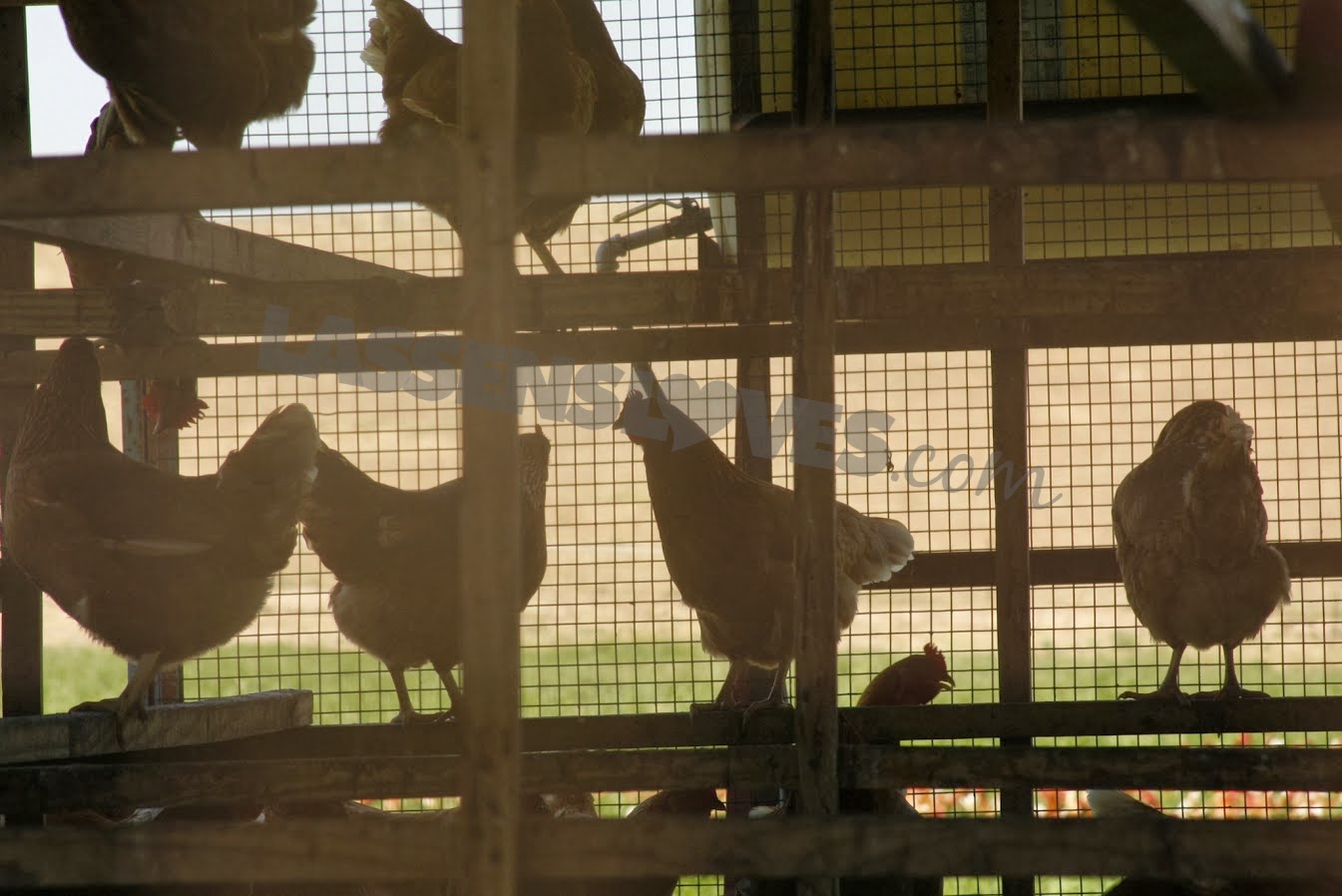 These are definitely free-range chickens, not just cage-free!  They are pasture fed as much as they want, and then supplemented with what they can’t get from the pasture. 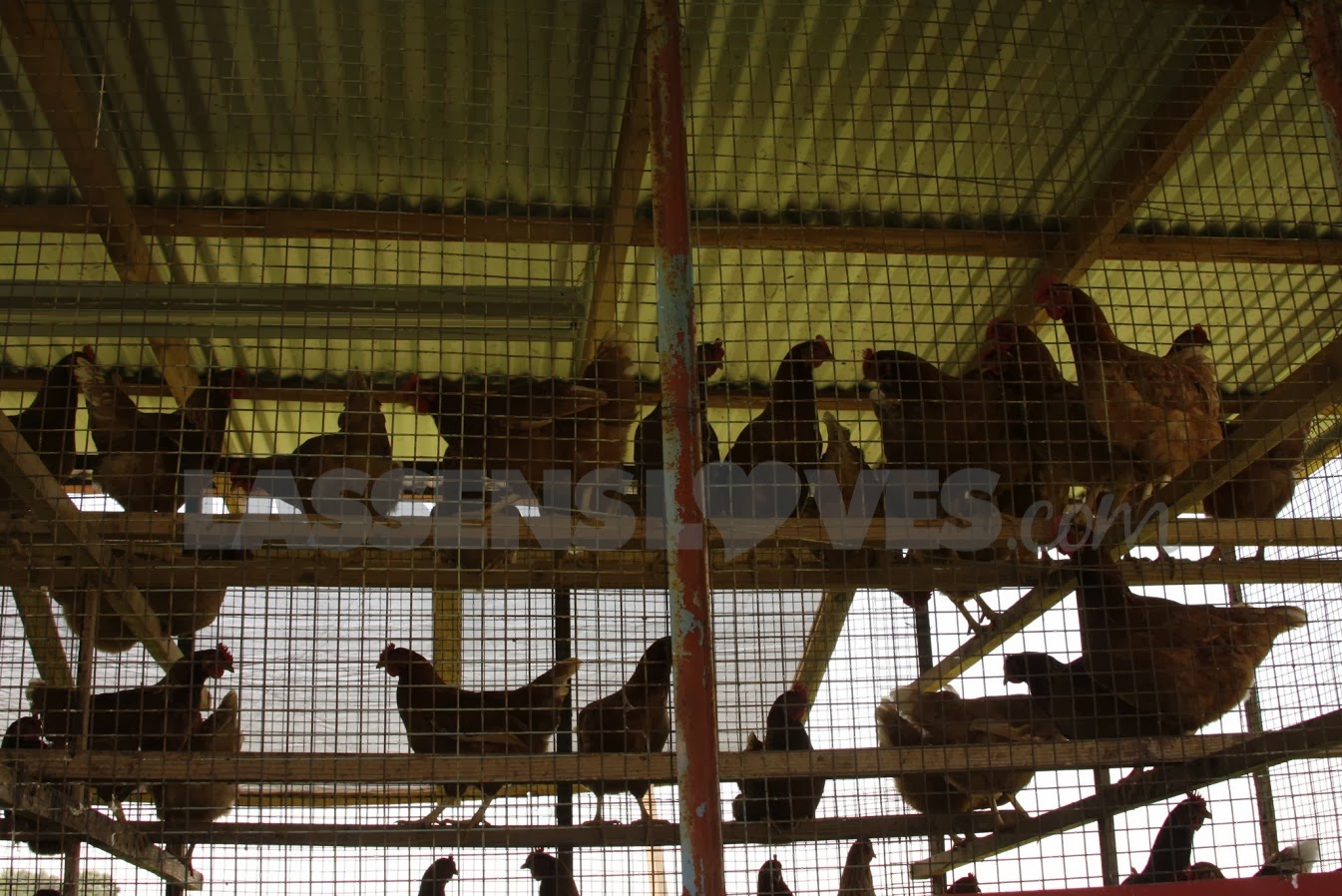 Sometimes they just want to take a little nap on the roosts. 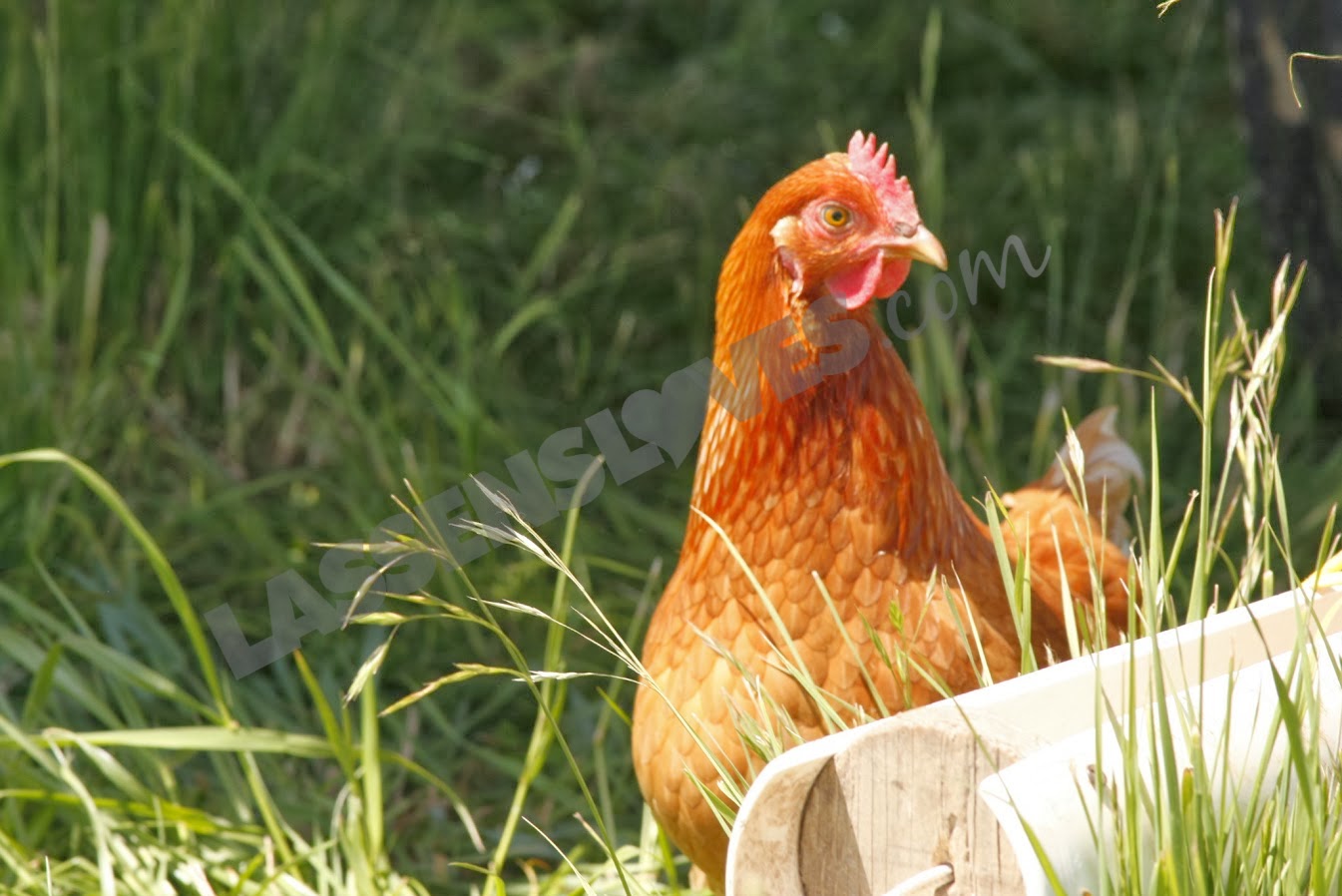 This little hen was clearly not sure about getting her photograph taken! 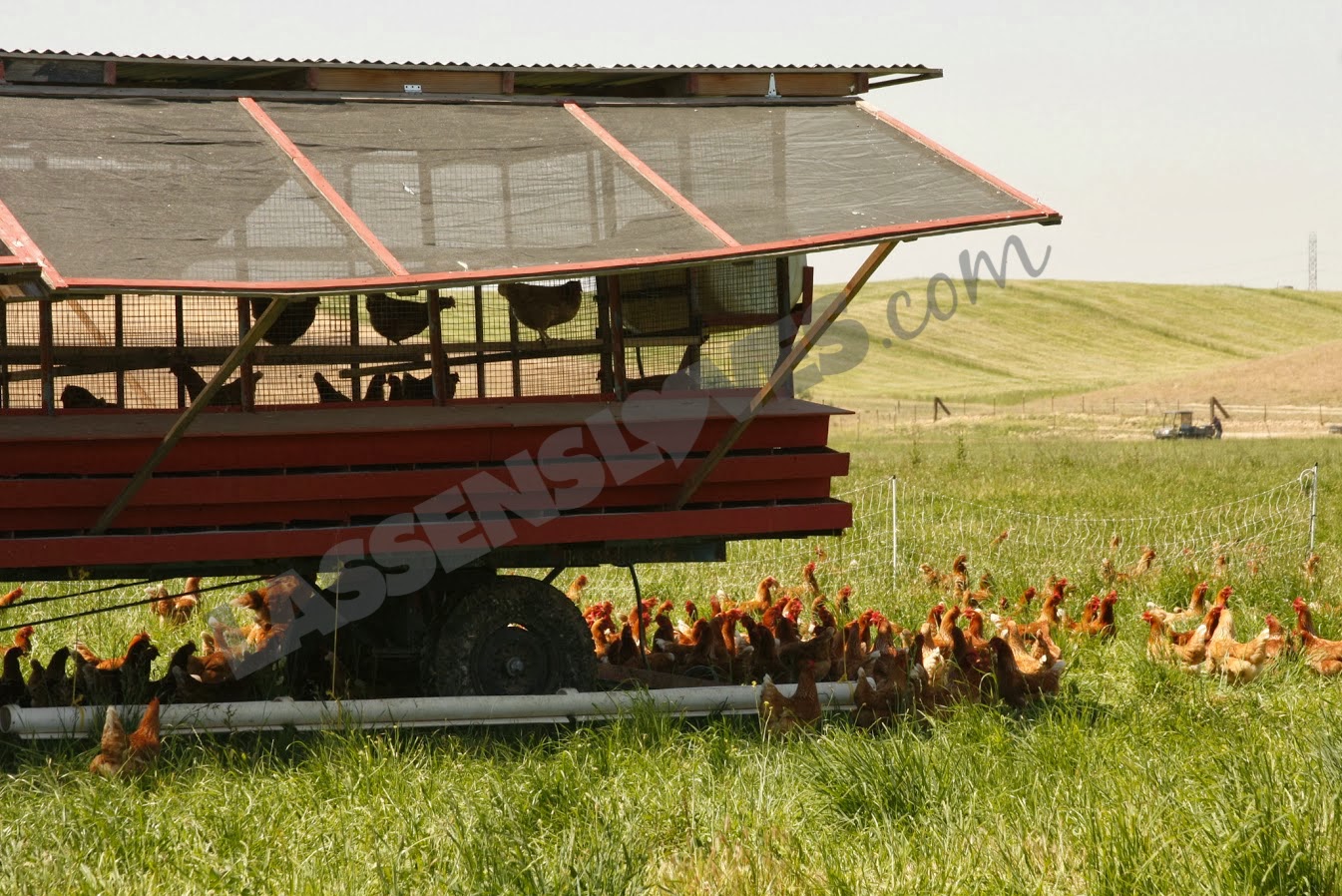 The Burroughs family also has 865 acres of organic or transitional almond groves.  (Transitional means that they are treated as organic trees, but will not get the organic certification for three years.) 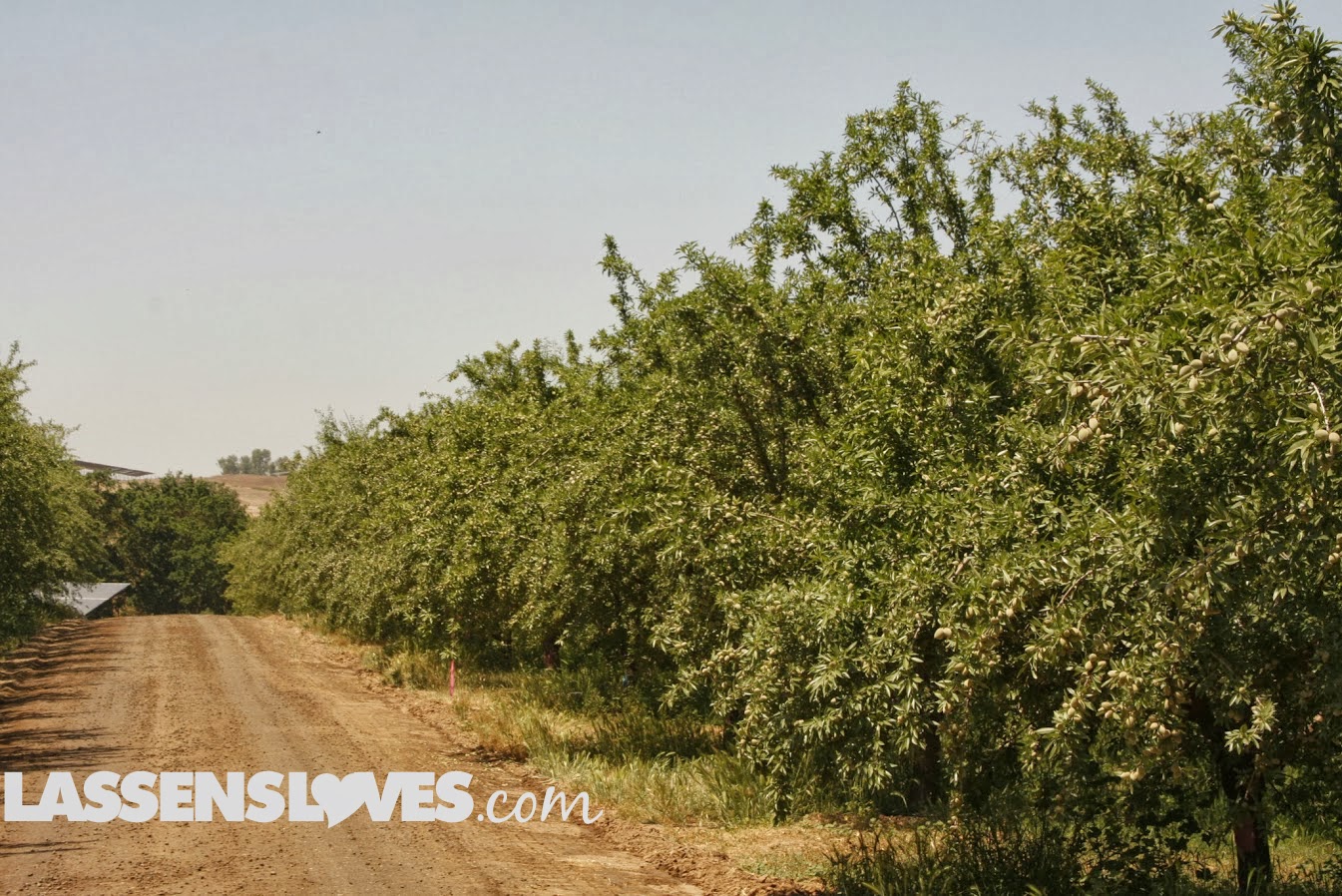 You’ll notice that there is grass between the trees.  That is because the Burroughs family does not kill the grasses with herbicides.  They use a drip irrigation system to keep the grasses down as much as possible. 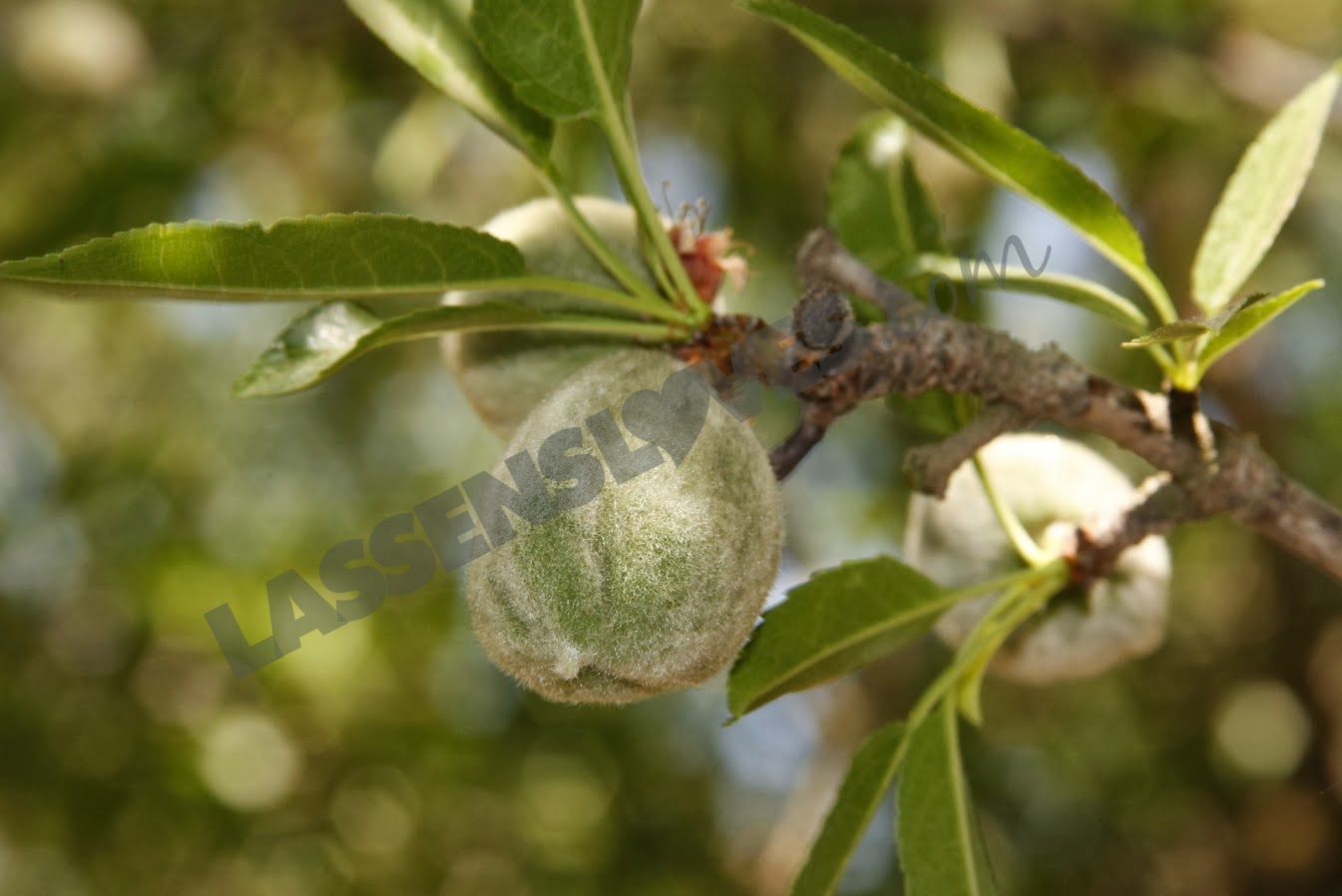 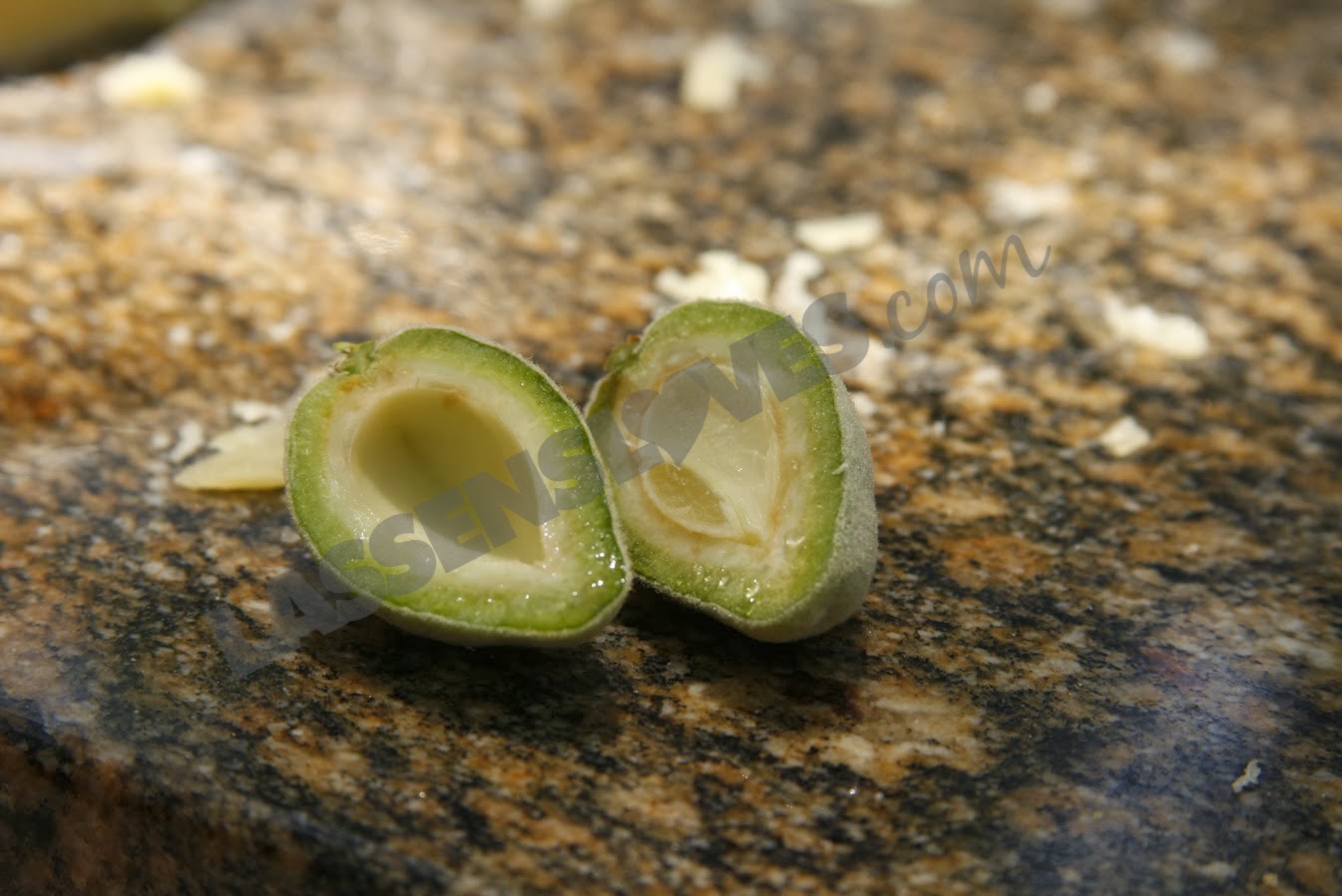 The young almonds can be cut open like a cucumber.  Here you can see the edible part has been taken out of the half on the left.

The Burroughs Family has been growing olives as well, and last year pressed their first bottles of oil. 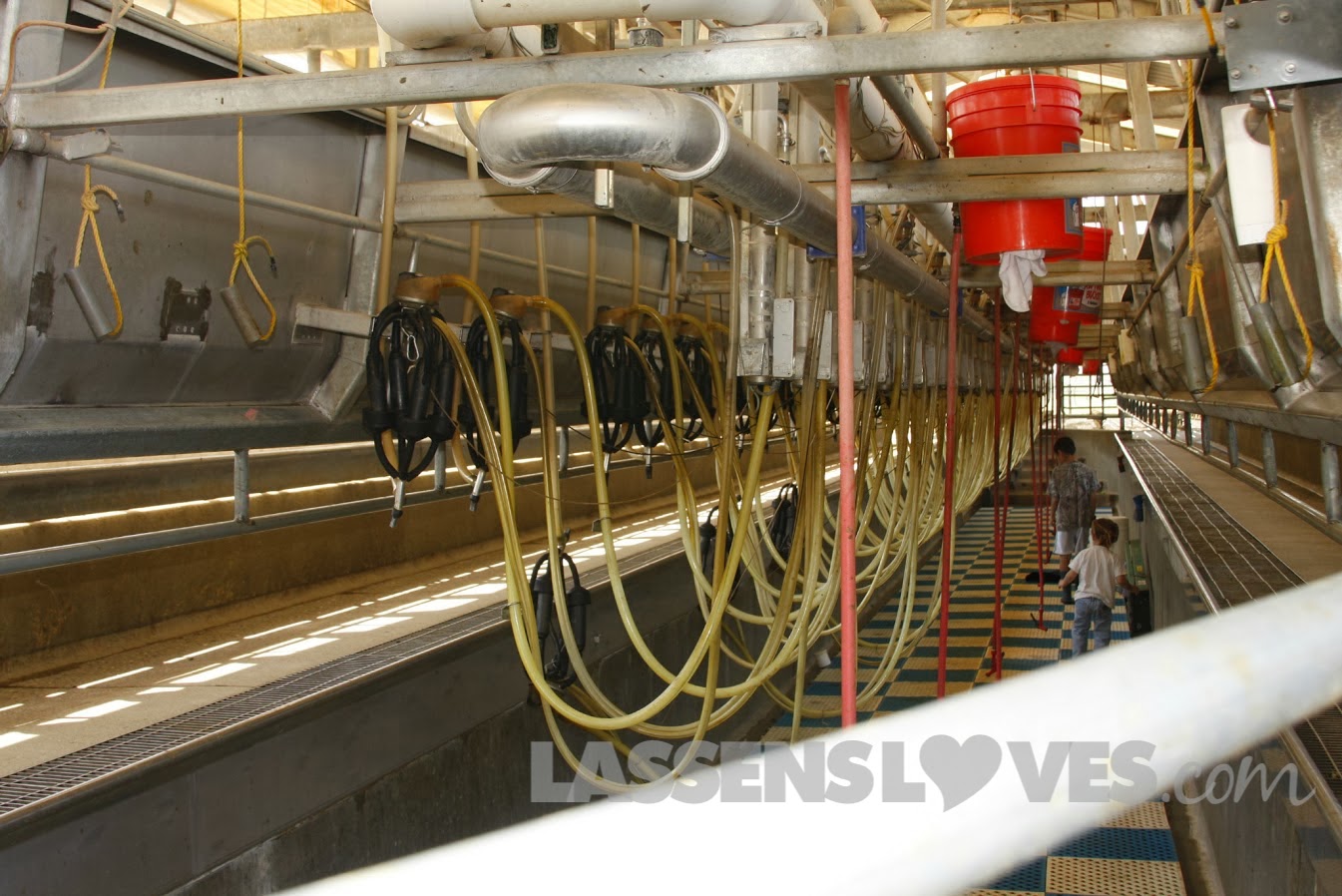 I couldn’t resist adding the photo of their Dairy Milking facility. It is open air and very clean.  The Burroughs Family takes such good care of their cows that they will produce milk for 10+ years.  The industry average in only 2.6 years!  I’d say that Burroughs Family has happy cows! 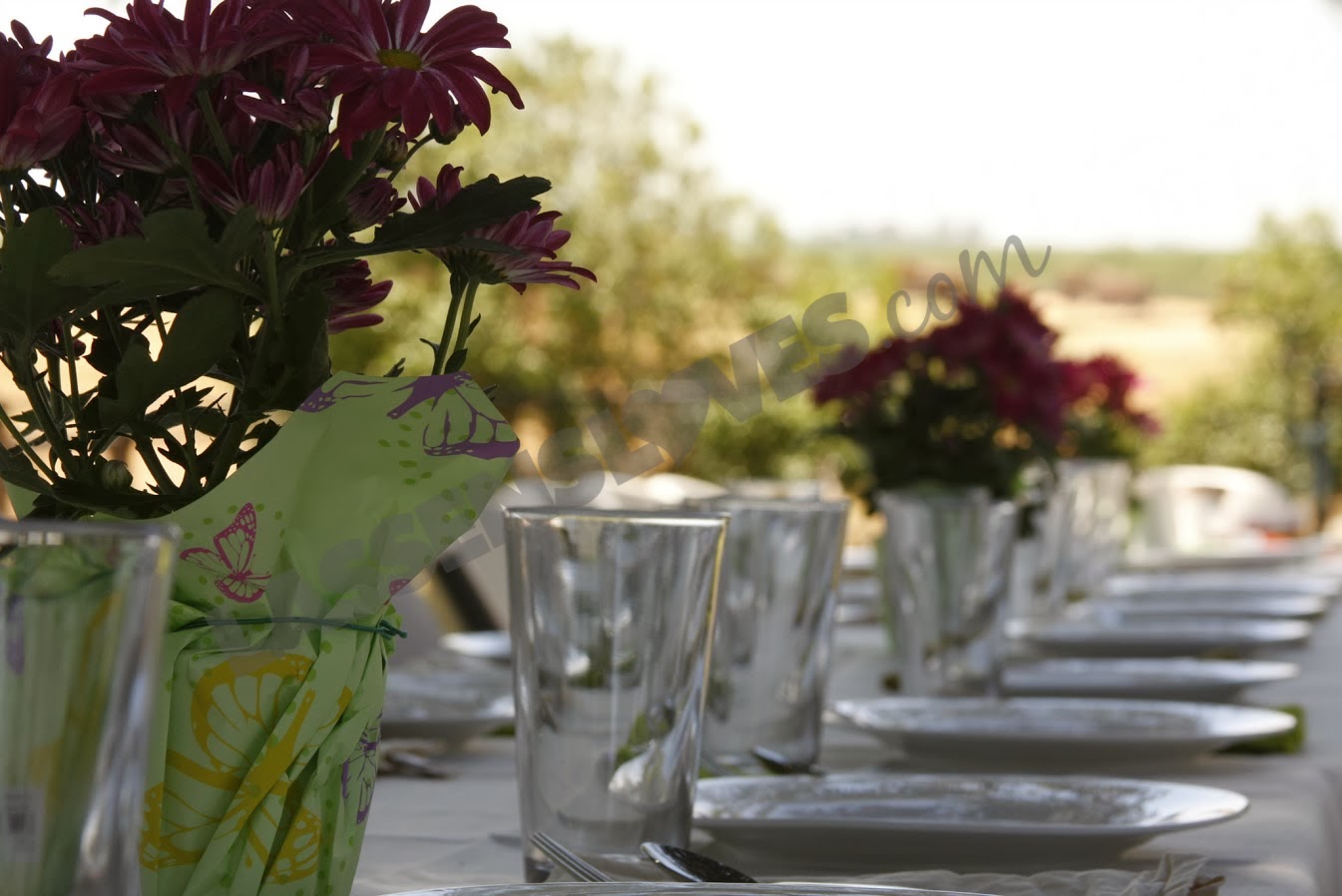 The Burroughs Family even gave us a delicious lunch after our farm tour.  We had a wonderful day, and hope that you try their delicious eggs.  You can really taste the difference! 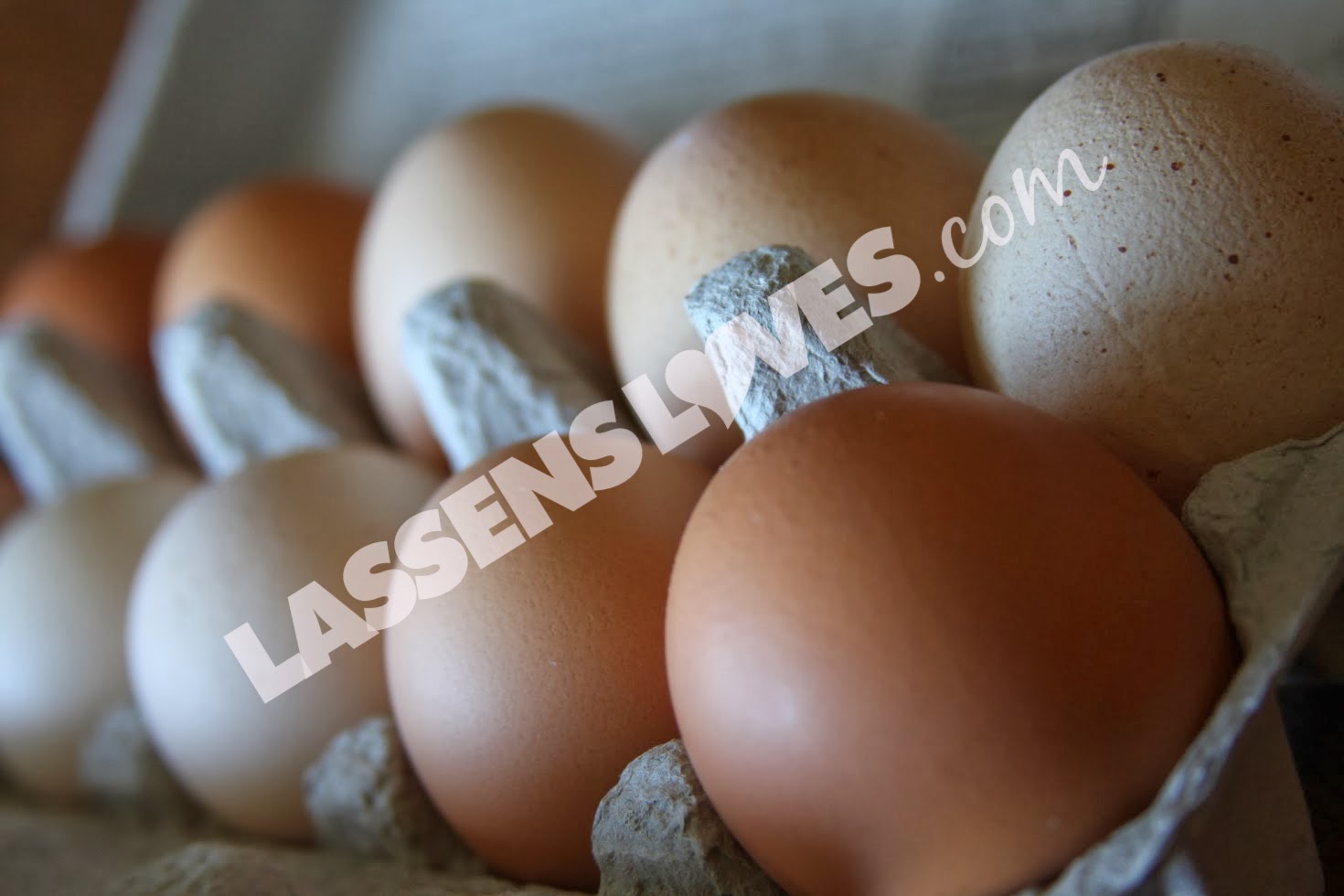 5 thoughts on “Now, This is a Family Enterprise!”